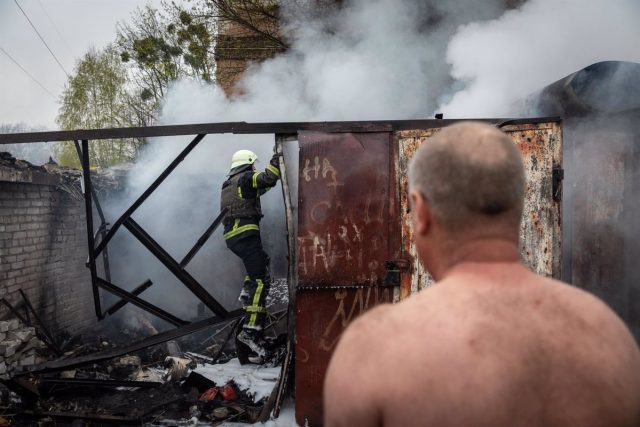 At least three people have died and seven others have been injured as a result of the latest bombing carried out by the Russian Army against the Ukrainian city of Kharkov, in the northeast of the country.

“Occupying forces have again shelled peaceful areas of Kharkov. As a result of the attack three people have died, although the information is still being updated,” Ukrainian forces spokesman Oleg Sinegubov said in a statement.

Thus, it has indicated that two people are in critical condition and has accused the Russian forces of bombing and destroying “vital” facilities and carrying out “massive attacks against residential areas.”

This same Tuesday, the mayor of Mariúpol, Vadim Boichenko, has warned that the population is running out of water and food at the Azovstal plant. “The situation there is critical and extremely complicated. It is a real humanitarian catastrophe. The president and the negotiating team are working to save as many lives as possible,” he said.

Boichenko has assured that despite “all the Russian promises, the enemy continues to bombard the metallurgical plant.” “This position remains in the hands of the heroic Ukrainian military,” he insisted.