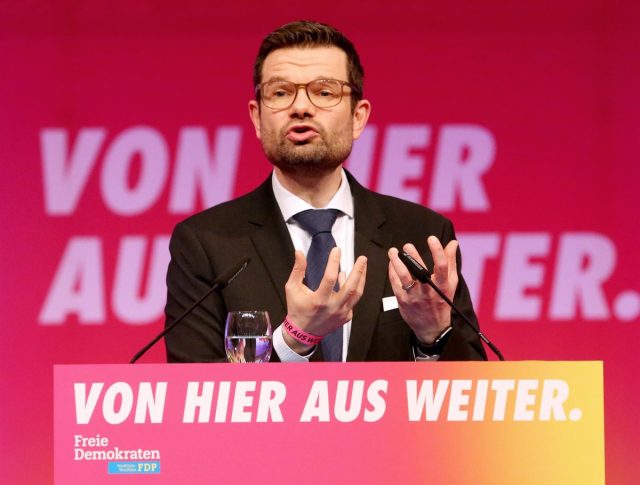 The delivery of tanks and other heavy weapons to Ukraine would not constitute an entry into the war against Russia, German Justice Minister Marco Buschmann declared in comments to the Sunday ‘Bild am Sonntag’ published this Saturday.

Buschmann has pointed out that international law does not consider the shipment of weapons as an entry into war.

“Therefore, if (Ukraine) exercises its legitimate right of self-defense, supporting it by supplying weapons does not mean taking part in the war,” before clarifying that it is not only his personal opinion, but also reflects the position of the government.

On the other hand, the minister pointed out that Germany is one of the first countries to start systematically investigating possible war crimes in Ukraine, with the participation of the Federal Criminal Investigation Office and the Federal Prosecutor’s Office.

However, Russian President Vladimir Putin would be exempt as international law stipulates that serving heads of state cannot be investigated, Buschmann explained.

The head of Justice also referred to the accusation of US President Joe Biden of “genocide” by the Russians in Ukraine. “There is no doubt that horrible atrocities are being committed in Ukraine by Russian soldiers,” he said.

Buschmann pointed out that, in order to legally prove genocide, it must be proven that there was an intent to destroy, in whole or in part, a national, racial, religious or ethnic group.

“I think that President Biden wanted to send a clear political message, rather than a legal assessment in the technical sense,” he added.

As to whether Russian war criminals are entering Germany among the Ukrainian refugees, Buschmann explained that no one can know for sure.

“This is why it is even more important that we register people and know exactly who is here. We will make sure that security checks are carried out because we cannot rule out the possibility that the route to Germany is used to introduce people to destabilize our country. We are willing to help, but remain vigilant,” he added.