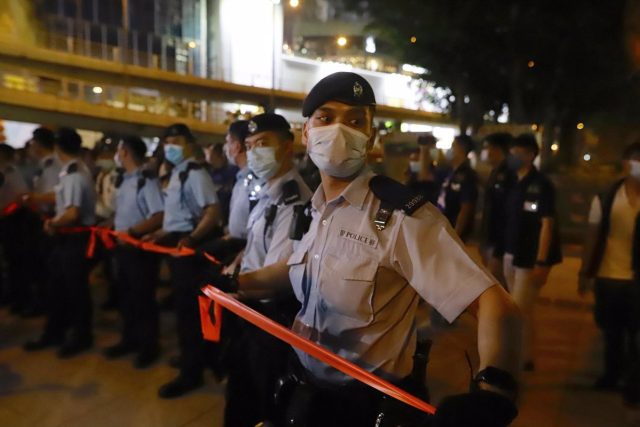 The European Union has warned this Friday that the democratic regression in the special territories of Hong Kong and Macao, in its report on the situation of both enclaves in 2021, after the application of the new security law or the intervention in electoral processes .

Community diplomacy notes that the ‘one country, two systems’ principle that allows freedoms in these territories under Chinese administration has been undermined by the persecution of dissidents.

In Hong Kong, last year closed with 162 activists, opponents, journalists and students detained thanks to the controversial national security law, imposed by Beijing and which redoubles the persecution of terrorism crimes, which according to independent voices alarm means decimating the Human rights and freedoms in the territory.

Read:  The European Parliament accuses Russia of clouding the European role in the Sahel with disinformation

Similarly, more than 50 civil organizations have been dismantled for fear of being persecuted, picks up the EU report, which also focuses on press freedom in decline and recalls the case of the newspaper ‘Apple Daily’, closed last June after being the scene of a police raid.

Freedom of assembly has also been curtailed in Hong Kong and, under the pretext of special measures due to the pandemic, concentrations of more than four people are not allowed. Among the demonstrations that have not been authorized at this time is the traditional June 4 vigil for the Tiananmen Square massacre.

Regarding the electoral situation, the report recalls that Beijing’s amendments to the Hong Kong electoral system resulted in a weakening of the democratic presence in the legislative elections, which, after being delayed by the coronavirus, resulted in the election of a single non-member. official. s democratic elements.

Read:  London prepares water use restrictions "in the coming weeks"

A separate report on the situation in Macau shows a similar scenario and warns that the way in which the ‘one country, two systems’ principle is applied harms the rights of the local population.

In 2021, the curb on press freedom increased and more self-censorship was practiced in Macau, according to the report, which gives as an example that in the legislative elections 21 candidates were disqualified and the result was the lowest turnout since the enclave became Chinese sovereignty in 1999.