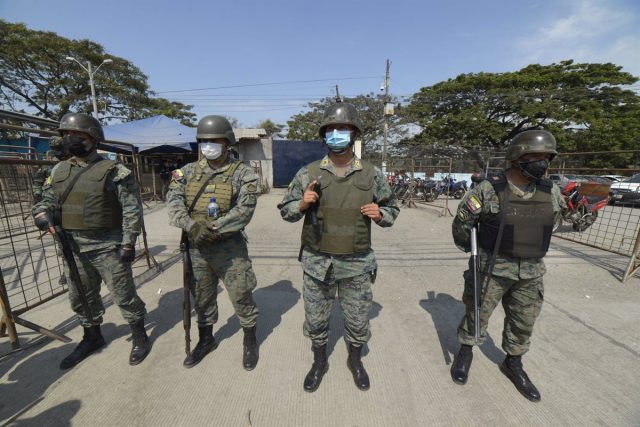 The Ecuadorian Police have reported this Tuesday that they have “recaptured” 200 escaped prisoners in the early hours of Monday after a riot in a prison in the Ecuadorian city of Santo Domingo that resulted in the death of more than 40 people.

“According to the data, a total of 220 citizens escaped yesterday and, at the moment, 200 are recaptured,” the chief of operations of the Police, General Geovanny Ponce, explained to journalists, as published by the Police of Ecuador on its official Twitter account.

According to the latest balance, at least 44 inmates died in the riot due to clashes between gangs. “44 people died, of which 39 have already been identified as Ecuadorians and two as Venezuelans. 3 remain to be identified,” Ponce detailed.

Read:  China ends the confinement imposed a month ago in the city of Xian, with thirteen million inhabitants

Likewise, Ponce has highlighted that the Ecuadorian government has designed “a reward campaign that ranges from 500 to 1,000 dollars for those citizens who deliver valuable information” about the escaped prisoners. “We hope that citizens will help us recapture those who have to pay for the crimes committed,” she stressed.

The Ecuadorian president, Guillermo Lasso, sent his condolences to the relatives. “My deepest condolences to the families and loved ones of those who died in the Santo Domingo prison riot. This is an unfortunate result of gang violence,” he posted on Twitter.

Read:  Meloni says a right-wing government in Italy poses no threat to Europe

This is the second massacre that has occurred in the last two months. In April, 20 inmates were killed in the Turi prison in a fight linked by the Police to a dispute between gangs.

The government of Guillermo Lasso has promised to reform the prison system, marked recurrently by incidents that even claim dozens of lives. Only last year some 300 inmates would have died, for which the Executive has proposed a series of initiatives, including a prison census.