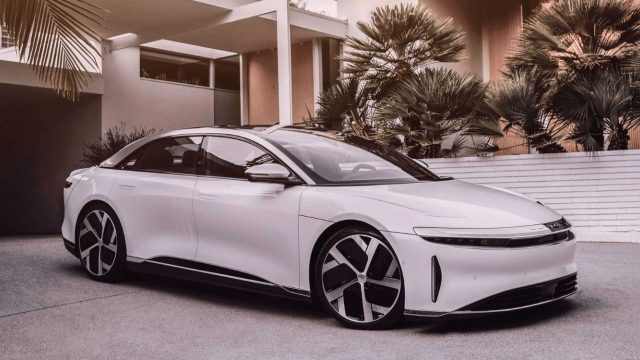 The European launch of the Californian electric car start-up Lucid Motors, announced last year, becomes concrete: on May 13, the manufacturer will open its first location in Europe with Lucid Studio at Odeonsplatz in Munich. The first prices for Germany are also known.

In Germany, the Netherlands, Norway and Switzerland, Lucid Air will initially be released in two versions, “Dream Edition Performance” (also known as Dream Edition P) and “Dream Edition Range” or Dream Edition R. The latest version is said to be has an estimated WLTP range of over 900 kilometers – with a power of 696 kW and a torque of 1,390 Nm.

Read:  DMZ, a new limited series from DC, on HBO Max: when we can see it, what is it about

In Germany, Lucid Air is offered for 218,000 euros gross, no matter what Dream Edition customers choose. In the Netherlands, the model is priced at 222,000 euros (including 21 percent VAT), and in Switzerland (with 7.7 percent VAT) the price is 199,000 Swiss francs. In Norway, Lucid is asking for 1.85 million crowns for his Stromer debut. Deliveries are scheduled to begin in late 2022.

A new rival for Europeans

Prices for surcharges will be announced later this year. And also the base prices for the other equipment under the top model Dream Edition: Lucid Air Pure will start at around 100,000 euros in Germany and the Netherlands (or 100,000 francs or 1 million NOK). The Touring and Grand Touring variants will be positioned between Pure and Dream Edition.

Lucid goes on to say that booking holders in the four launch markets can “request an upgrade of their booking to an Air Dream Edition P or Dream Edition R, as long as it is available.”

Read:  BMW and Mini are inspired: how they want to copy Mercedes and Audi

Customers will soon be able to experience their first physical contact with the model in Munich.

“The luxury retail space” will invite customers to “experience the brand and its products in the heart of the iconic old town,” said Lucid. “The expansion in Europe and the decision to offer Lucid Air Dream Edition in this market strengthens Lucid’s position as a global brand and supports our mission to raise the standards of the electric vehicle industry,” said Zak Edson, Vice President of Sales and Service.

The company plans to open additional studios and service centers in Germany, the Netherlands, Norway and Switzerland in 2022. In the coming years, it intends to add “other key markets on the European continent”.