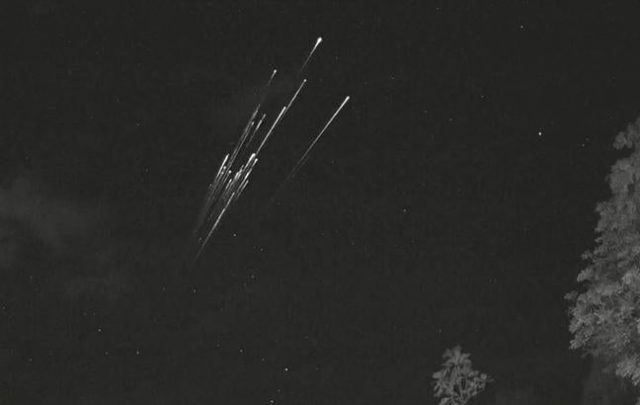 To the surprise of SpaceX organizers, a solar storm compromised 40 of the 49 satellites launched in the same mission to expand the Starlink satellite internet network.

Unlike “conventional” telecommunications satellites, the micro-satellites launched by SpaceX are intended from the very beginning to remain in relatively low orbits for a limited time. Thus, at the end of its “life”, there is a “general cleansing” in which the satellites simply fall out of orbit and are incinerated on contact with the Earth’s atmosphere. In other words, the Starlink network must be permanently “refreshed” by launching new satellites, meant to replace those that have reached the end of their planned lifespan.

However, the low-cost model of SpaceX launches, based on the simultaneous launch of a relatively large number of satellites in very low orbits, with the idea that they would later be self-propelled to the final position in orbit, led to a possible outcome. avoided in other circumstances.

Placed very low above the upper layers of the Earth’s atmosphere, the satellites still in the process suddenly found themselves in contact with the air, which, although extremely sparse, slowed them down enough to thwart any stabilization plans in a higher orbit.
To

Normally, newly launched micro-satellites do not spend much time in this vulnerable stage, quickly initiating orbiting maneuvers using onboard propellers. Although the cost per unit increases, SpaceX’s strategy has the advantage of allowing a large number of satellites to be launched simultaneously using the same rocket, without placing too much emphasis on placing it in orbit as accurately as possible. In addition, if a satellite does not pass the initial checks, then SpaceX can simply cancel the lifting maneuver in orbit, rubbing the atmosphere in a short time removing potential debris from orbit.

Read:  Apple is trying to prove that it has no monopoly. Highlights the success of competitors on the App Store

Despite measures taken to orient satellites in positions that minimize the coefficient of friction with the atmosphere, it appears that about 40 satellites have lost too much altitude to be recovered. Coming as a consolation prize, the moment of re-entry into the atmosphere was captured on video, the collection of micro-satellites burning without incident over the city of Puerto Rico.