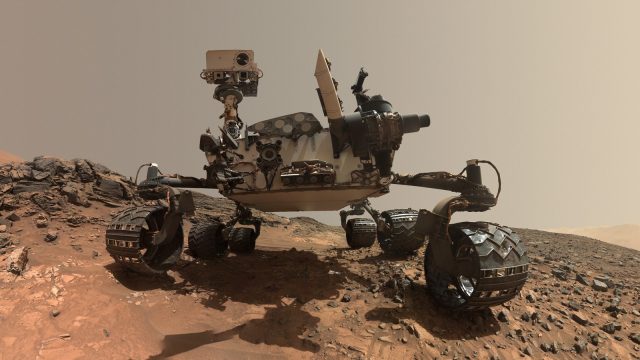 The Curiosity robot, which has been on Mars for 10 years and has sent back many impressive photos of its “neighbouring” planet over the years, is to receive a software update that will increase its speed by 50%. The current navigation system requires the robot to stop very often to check the surrounding terrain before it can continue its journey. The new update would allow it to scan the environment on the move, with fewer stops. This would allow Curiosity to study Mars faster than it has in the past 10 years.

Apparently the plan to speed up the robot isn’t exactly a new one. As far back as 2015, a software update was being developed that would have enabled this new navigation system on Curiosity. This update was installed at the time on an identical robot on Earth for testing, but some bugs were found. However, it seems that in the virtual test environment, these bugs did not appear, which led to the update being delayed.

Read:  The owner of a Xiaomi phone reportedly died after it caught fire right in the victim's bed

Only in 2019, after the update of the robot simulation system, could the bugs encountered on the physical robot and in the virtual environment be recreated. Thus, the bugs were identified and fixed, and now, after several years of intense testing, the update is ready to be installed on the real Curiosity robot, which is on another planet.

The update will be transmitted via radio waves, in a manner similar to the way the robot is remotely controlled and can transmit the photos it takes on Mars to Earth.

With this update, Curiosity will come closer to the speed that Perseverance, another robot NASA sent to Mars, launched after Curiosity reached the planet. Curiosity’s top speed will reach 83.2 metres per hour.

Curiosity was originally scheduled to complete a two-year mission to Mars, but after that period expired, its mission was extended indefinitely.