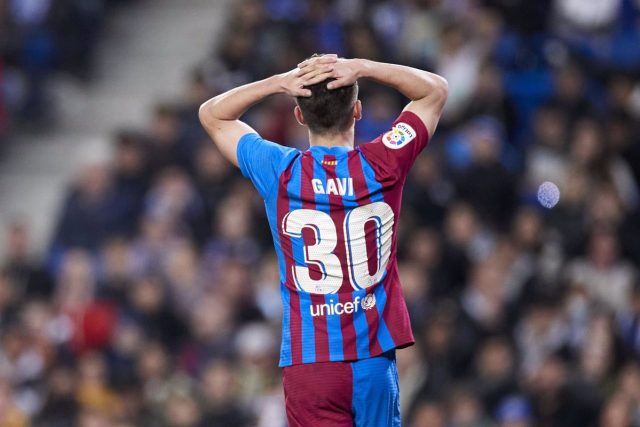 Barça, after Real Madrid’s alirón, is focused on recovering second place against a hurried Mallorca

FC Barcelona returns this Sunday (9:00 p.m./Movistar LaLiga) to the Camp Nou, where they have lost their last three games, with the mission of raising their heads on the return to Ansu Fati’s team to reverse the bad run and recover the second position of LaLiga Santander, all against a RCD Mallorca that needs to win to distance itself from the relegation places.

The Barça parish has had to see in recent weeks how Eintracht Frankfurt (2-3), in the Europa League, and both Cádiz (0-1) and Rayo Vallecano, in the domestic competition, desecrated the culé temple and ended up with the hopes of fighting for the titles at stake this course. Real Madrid’s victory this Saturday mathematically ended the battle for LaLiga.

“We’re not here to fire rockets lately, it’s obvious, we’ve lost two golden opportunities to qualify for the Champions League in two games at home. We have a revalidation at home and we need a victory to get back on our feet. We must make a bestial effort physical and mental. We must cover the minimum objectives for this season no matter what,” said Xavi Hernández at a press conference.

Read:  Ana Carrasco will race in 2022 in Moto3 with the Spanish team BOÉ SKX

Precisely, these ‘minimum objectives’ go through guaranteeing the ticket to the maximum continental competition next year, something that they still do not have tied. With 63 points, the culé team manages a six margin over the fifth classified, but Sevilla’s draw -against Cádiz (1-1)-, which last week snatched second place, gives them the opportunity to recover it.

To do this, he will have to deal with another team in danger, a condition that already caused problems for Xavi’s men in the duels against the Cadiz and Vallecanos, in a new ‘final’, before the remaining ones against Real Betis, RC Celta , Getafe and Villarreal.

To the losses of Pedri and Sergi Roberto, the Catalan coach has added this week those of the injured Sergiño Dest and Nico González and those of Martin Braithwaite and Óscar Mingueza, both with coronavirus. To make matters worse, Gerard Piqué still doesn’t seem recovered and Ousmane Dembélé probably won’t be due to tonsillitis.

In return, he recovers what was one of the banners of the first half of the season, Ansu Fati, who has overcome his biceps femoris injury in his left thigh and is ready to come to the rescue, although the Barça coach will predictably dose him to avoid any relapse.

Opposite, Mallorca faces one of its toughest commitments between now and the end of the campaign, five games in which it needs to add to avoid relegation to LaLiga SmartBank. At the moment, the Balearic team (32) is free from burning, two points below, but cannot relax.

His last win against Alavés (2-1), the only team that surpasses him as the worst visitor in the category, has allowed him to catch his breath and now he will try to make a splash, as he did against Atlético de Madrid, on a pitch in the one who hasn’t won since 2008.

For the “dentist visit”, as coach Javier Aguirre described the match, the vermilion will regret the absence due to suspension of Vedat Muriqi, as well as those of Iñigo Ruiz de Galarreta, Dominik Greif, Jaume Costa and Aleksandar Sedlar due to injury.