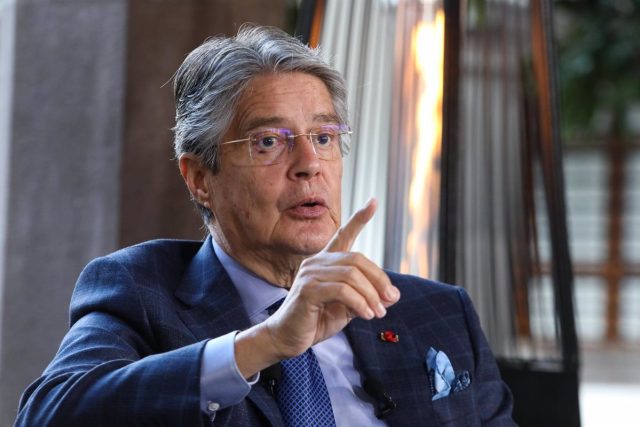 The president of Ecuador, Guillermo Lasso, has charged former president Rafael Correa and former mayor of Guayaquil Jaime Nebot for organizing an alleged plot to remove him from the Presidency and destabilize democracy.

“Mr. Correa and Mr. Nebot, these twins together, from the first day of my Government (…) It is not a problem of an institution, but of two gentlemen who cannot stand that Guillermo Lasso is in the Presidency of Ecuador” , said the current Ecuadorian president.

According to the newspaper ‘El Universo’, Lasso has assured that former president Correa “is afraid of him”, while the former mayor of Guayaquil “hates him”, since “he did not have the balls to be a candidate” and now “he is envious and some jealousy (for those) who are dedicated to destabilizing Ecuadorian democracy”.

In response, Nebot has published a statement on social networks this Saturday in which he specifies that he does not hate Lasso, but that “he feels sorry for his emotional state.” “But you are not just any insane person. You are the President of the Republic and that is the only reason I am referring to your outbursts,” he said.

“As for eggs, forget about mine and show yours by fighting common crime,” he added, referring to the increase in violence, for which the Executive has had to activate the state of emergency in Guayas, Manabí and Esmeraldas. .

Read:  Zelenski warns that situation in Zaporiyia remains "very dangerous" despite reconnection to the grid

Lasso accused in 2021 the president of the Confederation of Indigenous Nationalities of Ecuador (CONAIE), Leonidas Iza, Correa and the former mayor of Guayaquil of conspiring to carry out an institutional coup in Ecuador.