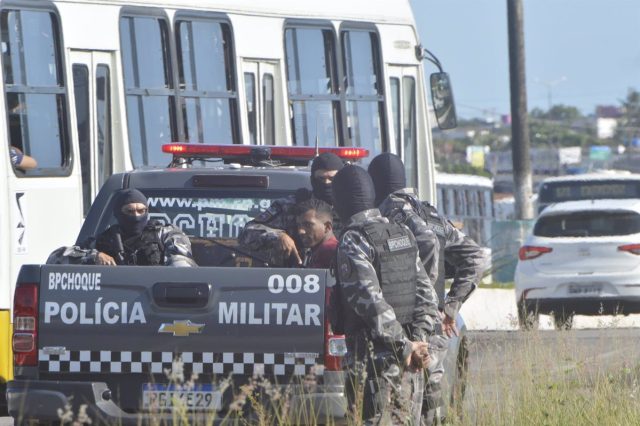 The Brazilian Military Police has arrested this Wednesday a new suspect in the disappearance last week of the English journalist Dom Phillips and the indigenist Bruno Pereira while they were traveling through an inaccessible region located in the west of the state of Amazonas.

The suspect goes by the alias of ‘Amauri’ and is an old man known for his history of threats and coercion of indigenous peoples. It is the third arrest since the Brazilian authorities began a rescue operation three days ago, reports the newspaper ‘O Globo’.

While the government has been criticized for the delay with which it would have acted, the president, Jair Bolsonaro, has reproached the disappeared for embarking on an “adventure” and has not ruled out that they have been “executed”.

Read:  Thousands of people demonstrate in Kiev for the unity of Ukraine and against a Russian invasion

The area in which both have disappeared is known to be one of the most inaccessible in the region, home not only to the largest concentration of uncontacted indigenous people, but also one of the largest routes through which the cocaine that arrives from Peru to be distributed in Europe after passing through Brazil.

The region, the size of Austria, is the scene of conflicts and environmental crimes due to the strong presence of the so-called ‘garimpeiros’ -illegal prospectors for gold and other precious stones-, which under the auspices of Bolsonaro have proliferated, causing clashes with indigenous communities.

According to a statement from the Univaja association and the Observatory for the Rights of Isolated Indigenous Peoples, the two traveled to the area in a boat with the aim of visiting a surveillance team located in the town of Lago do Jaburu, near the base of the National Indian Foundation (FUNAI), to conduct some interviews with indigenous leaders.