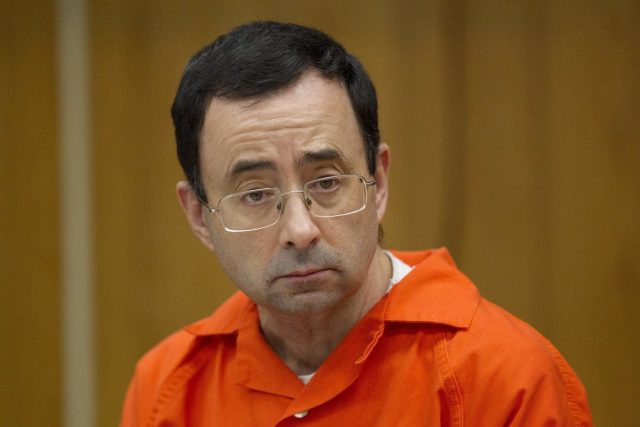 A group of victims of sports doctor Larry Nassar, including Olympic medalist Simone Biles, has filed a joint lawsuit demanding millionaire compensation from the FBI for not having acted against him despite knowing his record of sexual assault on other women and gymnasts. .

“If only the FBI had done their job, Nassar would have been caught before he had a chance to abuse hundreds of girls, including me,” said Samantha Roy, a former University of Michigan gymnast.

The US Justice Department said last summer that it would not file criminal charges against FBI agents who dismissed allegations of sexual harassment and abuse, though it later acknowledged that both had violated agency rules.

A year earlier, US Olympic gymnastics stars Simone Biles, McKayla Maroney, Maggie Nichols and Aly Raisma told the Senate Judiciary Committee that the FBI had “turned a blind eye,” allowing an abuser to go free. for more than a year and continued to perpetrate his crimes.

Nassar is accused of abusing more than 250 women and girls while practicing medicine. The FBI had evidence of the first complaints since 2015, however the scandal was made public after an investigation by the newspaper ‘The Indianapolis Star’. Two years later he was sentenced to 60 years in prison for assault, sexual assault, child pornography, and evidence tampering.

Michigan State University, also accused of not doing enough to stop the abuse, has agreed to pay $500 million to more than 300 women and girls who were assaulted. The United States Gymnastics national team and the Olympic and Paralympic Committee reached a similar agreement with the affected companies for a value of 380 million dollars.