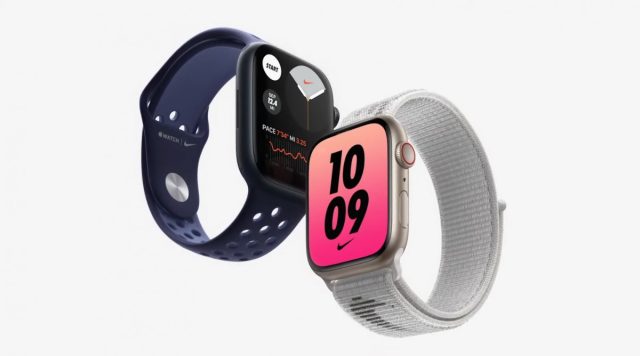 Last year’s rumors about the iPhone 13 generation suggested that Apple will integrate a satellite communication module, which will allow calls or messages even in areas where there is no coverage from a telecom operator. However, it seems that this capability has been postponed for future generations, but now there are rumors about Apple Watch, which could also get access to such communication capabilities.

Apple Watch and iPhone could connect directly to internet satellites

According to Bloomberg, Apple is considering integrating LEO (Low Earth Orbit) satellite connectivity technology into its watches. It is already used by Starlink antennas, the satellite internet service developed by Elon Musk’s SpaceX, but has not yet been miniaturized enough to be integrated directly into mobile devices. At the moment, there are only a few models of Apple Watch with 4G connectivity that can take calls and stay connected to the internet even without connecting to an iPhone. However, those models consume a lot of battery power when used in this mode.

Read:  When Google could launch its first foldable Pixel phone

Integrating a satellite connectivity module may consume too much power for such a device at this time. However, the miniaturization of technology could come with improvements, especially in terms of efficiency. The iPhone 14 is now the first Apple device to be connected to LEO satellites, and the Apple Watch is likely to receive the technology in the future.

Series 8 will not be a major upgrade

It will also receive Apple Watch and other monitoring technologies in the future. For example, a blood pressure sensor will not be integrated into the Series 8, which is expected this year. Apple will not wait until 2024 or even 2025 to use this technology on its watches. There is currently only one smartwatch that includes such a sensor: the Huawei Watch D, which was only launched in China.

Read:  Useful gadgets for the office and personal projects, from Monday in the Lidl offer

However, the Apple Watch Series 8 is designed to receive a skin temperature sensor. We have previously seen such features on the Huawei Watch 3 Pro and Watch GT 3 models. The 8 series will also receive a “rugged” model for extreme sports activities, according to leaks in recent months. The new Apple Watch models are expected in the fall of this year, the announcement will probably be made simultaneously with the new iPhone 14 models.