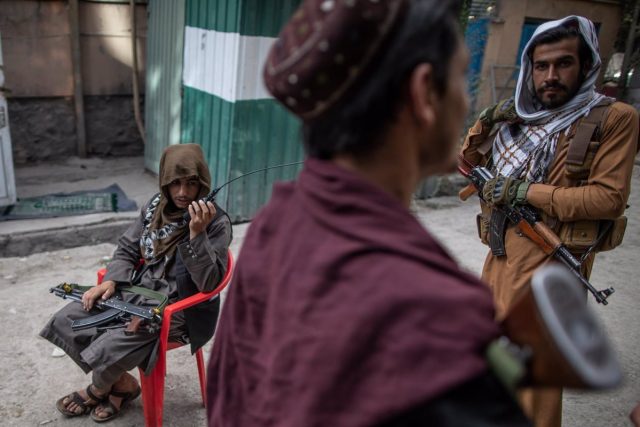 The Taliban and the National Resistance Front (NRF), which is leading a resistance movement against the fundamentalists in the Panjshir region, have claimed to have killed dozens of rivals in clashes recorded over the past few hours in the area, amid fighting that has been ongoing since the Taliban seized power in Afghanistan in August 2021.

Taliban spokesman and Deputy Minister of Information and Culture Zabihullah Mujahid said in a message on his Twitter account that security forces have carried out “a major mopping up operation” in the districts of Ruj, Dara and Afshar, adding that 40 rebels, including three commanders, have been killed.

He has also stressed that about a hundred people “have been captured alive”. “Their weapons have been recovered,” said Muyahid, who denounced that the NRF, led by Ahmad Masud — son of the historical leader of the Afghan resistance Ahmad Shah Masud — “wants to destroy the security of the population”.

Read:  Moscow foresees "no change" in relations with London despite appointment of new prime minister

For his part, NRF spokesman Sibghatullah Ahmadi stressed that “32 mercenaries from the Omari and Badri special units of the Taliban occupiers were killed on Saturday,” while confirming that three members of the “resistance” were wounded. “On Sunday, after the death of 31 Taliban invaders, the enemy attack was repelled and a member of the NRF suffered an arm injury,” he added.

Ahmadi further confirmed the death of eleven members of the group in fighting recorded during the day on Monday. “Our path continues towards freedom and defending the fortress of honor and dignity. The resistance of the people of Afghanistan against oppression, tyranny and totalitarianism continues,” he stressed in a series of messages on his Twitter account.

In this regard, he has stressed that “the martyrdom of several compatriots proves that the people of Afghanistan are ready to sacrifice their lives to defend the land and honor.” “The casualties among the Taliban group are very heavy and they will fail, with the help of Almighty God,” Ahmadi has reiterated.

Read:  France believes that building the MidCat "would take too long" and "would not respond to the current crisis".

Masud called for a “national uprising” against the Taliban, which still persists despite an attempt by the two groups to open negotiations in January to end hostilities. The talks, however, proved unsuccessful and the insurgents claim to have the situation under control, although fighting has picked up in recent days.

The NRF claims to fight for democratic values, including fair political representation that includes Afghanistan’s different ethnic groups, fair elections and the protection of women’s rights, which were undermined after the Taliban came to power following the August 2021 flight of then Afghan President Ashraf Ghani.