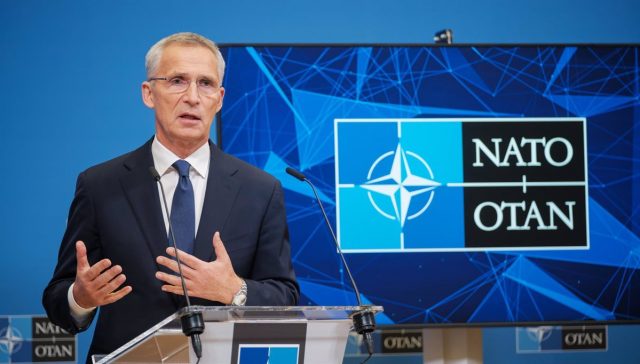 NATO Secretary General Jens Stoltenberg on Wednesday conveyed to Ukrainian President Volodimir Zelenski his congratulations on the Ukrainian Army’s progress in its campaign to regain territories in the east and south of the country, despite the annexation announced by Russian President Vladimir Putin.

“I have congratulated the courage of the Ukrainian people and forces in their impressive progress regaining their territory from the Russian aggressor,” the former Norwegian prime minister said in a message on social networks after holding a conversation with the Ukrainian leader.

In this regard, Stoltenberg has stressed that Moscow must stop the war it launched against the neighboring country last February and has withdrawn that NATO “will sustain and increase its support to Ukraine, as long as necessary.”

Later, President Zelenski has used the same channel to confirm that he has had a conversation with Stoltenberg and that the Ukrainian authorities are in “constant contact” with their allies.

“We coordinate further steps on the path of Ukraine’s Euro-Atlantic integration,” Zelenski has said, alluding to the Eastern European country’s application for membership in the military organization.

Read:  At least 77 people killed and 35,000 families affected by torrential rains in Yemen

Despite Putin’s announcement of annexation of the Donetsk, Lugansk, Kherson and Zaporiyia regions, on the ground Russian troops have registered a retreat in the face of the Ukrainian forces’ push. For its part, the Kremlin has affirmed that Russia will recover the “temporarily abandoned” territories in the recently annexed regions.