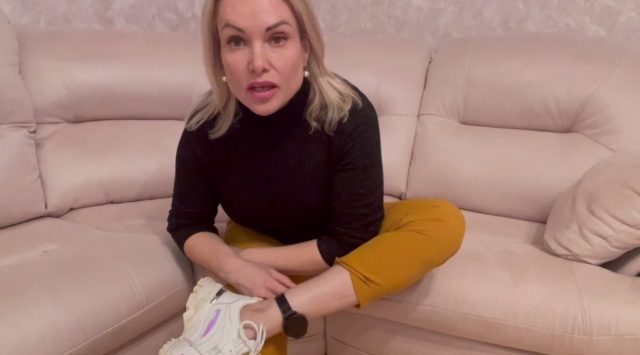 Journalist Marina Ovsyannikova, who in March interrupted a TV program to protest against the invasion of Ukraine, has confirmed on social networks that since she considers herself “completely innocent”, she will not abide by the house arrest order issued by the judicial authorities.

The Russian journalist who interrupted a TV program to protest against the invasion of Ukraine reappears to confirm her flight. Russia has issued a warrant for her arrest, and she has decided to leave the country with her daughter https://t.co/sWFCcegnyT pic.twitter.com/2zxrKfOhBI

The Interior Ministry on Tuesday confirmed an arrest warrant for Ovsyannikova, who was under house arrest. A new hearing on her case had been set for Wednesday in a Moscow court, but the journalist has announced that she will not attend.

The Basmanni Court has refused to sentence Ovsyannikova to prison ‘in absentia’ on charges of “spreading false information about the Armed Forces,” an offense punishable by up to ten years in prison. The court rejected prosecutors’ requests to substitute house arrest for imprisonment, according to Interfax news agency.

The journalist, who has been vocal about her anti-Kremlin views, has fled with her daughter, as explained by her husband.

Ovsyannikova has repeatedly stressed that the injunction imposed against her was illegal, so she refused to comply with it. The journalist had already been fined in the past for her allegedly anti-Army actions.

Read:  Nearly 90 people killed in gang clashes in Haiti's capital over the past week

“They are persecuting me for telling the truth,” she has insisted this Wednesday on her Telegram account, where she has alleged that, given that “the State refuses to comply with its own laws,” she too will not abide by the house arrest order. In this regard, she has recalled the civilian victims who continue to die in Ukraine and has defended the counts elaborated by the UN.

In mid-March, he interrupted a live broadcast by appearing with a pacifist and anti-war banner in Ukraine. Following an investigation, she was fired.