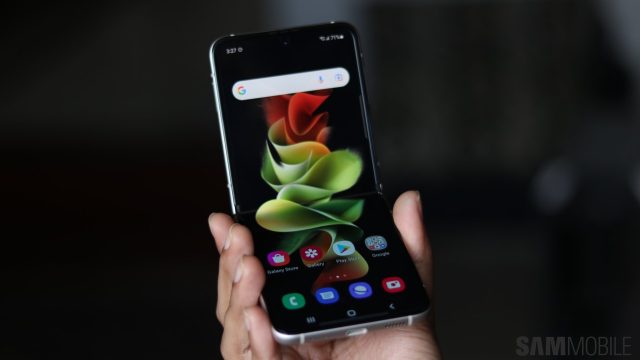 Reacting to the competition from China, Samsung seems to have already taken the first steps towards launching a foldable Galaxy A, cheaper than the current Galaxy Fold series.

Until now, reserved only for buyers willing to pay a premium price, foldable phones are getting closer to the threshold that even those with a slightly more modest budget can afford.

Even though we are still far from being able to afford a foldable screen phone, the next decisive step in the “democratization” of foldable phones seems to be already prepared by Samsung, industry sources talking about the company’s initiative to develop a foldable phone cheap enough to be included in the Galaxy A family. foldable phone.

In fact, the Galaxy A series is not only made up of cheap phones, but also relatively expensive models, which you prefer to go to when you have no choice, the Galaxy S model you want being still a little out of budget your. Thus, the prospect of a foldable Galaxy A phone does not seem so unlikely, especially if it pushes even higher the price limit you would expect to be asked for the most advanced Galaxy A model of the current generation.

The bad news is that Samsung’s plans for a mid-range foldable phone are rather long-winded, with current expectations that such a product will not see the light of day for the next 2-3 years. And when that happens, we might run into some pretty big trade-offs, such as delivering an older-generation foldable screen in combination with a not-so-top chipset and cameras, respectively, autonomy below expectations. of the battery.

Read:  Black year for Putin: 5% of US defense budget destroyed 50% of Russia's military