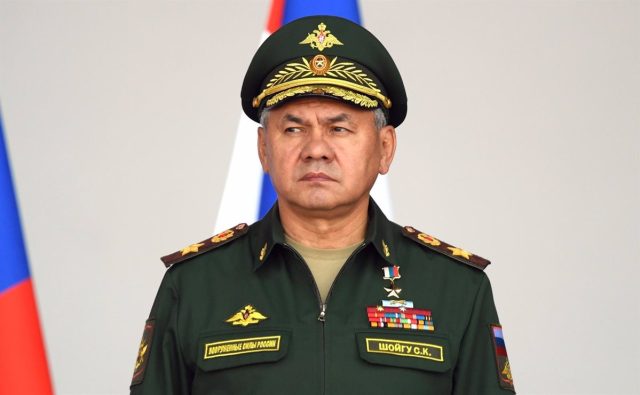 The Russian government announced this Friday that it will open more than ten military bases in the west of the country due to the “increase in tension” after the decision of Sweden and Finland to claim their accession to NATO.

“Our closest neighbors, Finland and Sweden, have asked to join NATO. Tension continues to grow in the area of ​​responsibility of the Western Military District,” said Russian Defense Minister Sergei Shoigu.

Thus, he has stated that these twelve “units” and “subunits” will be created before the end of 2022 and has stressed that the troops will receive more than 2,000 modern weapons and military equipment, as reported by the Russian news agency Interfax.

Read:  The number of refugees from Ukraine already exceeds 4.2 million

“The situation in the strategic direction west is characterized by the increase in military threats near the Russian borders,” Shoigu insisted, stressing that “Russia is carrying out adequate countermeasures.”

In this regard, the Russian Defense Minister has also stated that the intensity of US bomber overflights in Europe “has multiplied by 15 over the last eight years,” according to the Russian news agency TASS.

“Visits to the Baltic Sea by US guided missile ships have become systematic. This year, near the Kaliningrad region, they carried out missions six times with access to alleged cruise missile launch sites,” has explained.

“Since 2016, 24 events of this type have taken place,” he stressed, while stressing that the United States and NATO are increasing their operational and combat training near the border with Russia in the framework of the ‘Defender of Europe’.

Shoigu has pointed out that “the main characteristic of the maneuvers is the transfer of an entire division from the United States to the European continent, as well as the deployment of a group of troops in three strategic directions: Arctic, West and Southwest.”