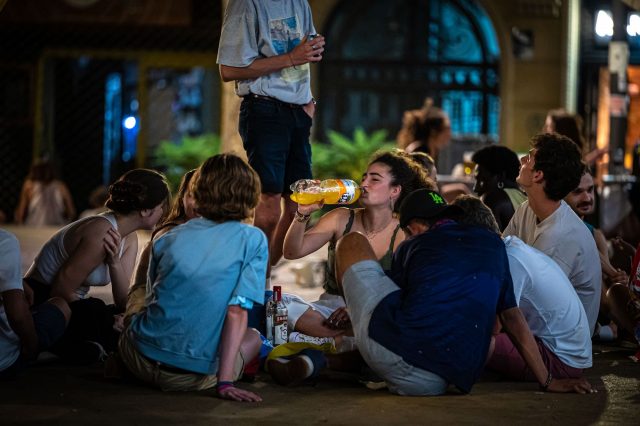 In 2020, at the height of the covid-19 pandemic, while half of humanity was confined to contain the spread of the first great wave of coronavirus infections, the consumption of alcoholic beverages increased in many households. In the first few weeks of the quarantine alone, the beer sales in Spain grew by 78%.wine sales grew by 63% and those of high-proof alcoholic beverages by 37%. In Catalonia, the risk consumption of alcohol also increased in the first half of the year. rose considerably during the ‘boom’ of the pandemic.. One year later, well into 2021, this damaging habit went down again to stand at prepandemic levels.

As noted in the last l’Enquesta de Salut de Catalunya (ESCA), one year after the onset of the covid-19 health crisis, the risk consumption of alcohol among the population aged 15 years and older is located at almost 5% on average. In this statistic, men stand out more than women. The 7.7% of men admit to risky alcohol consumption, vs. 2.2% of women Who claim to fit this habit.

All indications are that the trend is once again downward for both genders, although among men it seems to be falling more slowly than among women, as shown by a study based on 4,827 interviews with people living in Catalonia, presented this Tuesday by representatives of the ‘conselleria’ de Salut.

The great survey on the state of health of the Catalans also shows a bittersweet balance in matters of mental health. On the positive side of the balance, the records show a slight improvement in the subjective perception of emotional well-being. In 2019, 22.2% of men y 30.1% of women claimed to have emotional distress. Two years later, this percentage has dropped to 17% for men and 27.9% for women.

On the other side of the scale, everything points to other aspects of mental health having worsened. The survey, for example, indicates that around 9% of the Catalan population suffers from moderate or severe depression. This figure, higher among women than among men, has increased in the wake of the pandemic. In 2019, 4.7% of them and 9.6% of them suffered from this disease. In 2021, after a year of health crisis, this diagnosis reached 5.7% of men and 12.2% of women..

Another indicator of concern, which has been on the rise since 2015, has to do with the mental health of children under 14 years of age. According to this latest survey, the likelihood of having a mental health problem now affects about 9% of infants. of this age group. In relation to these figures, those responsible for the ‘conselleria’ de Salut have recalled the deployment of measures such as, for example, the plan for the prevention of suicide in Catalonia.

Roughly speaking, according to this survey, the Catalans say they are satisfied with their state of health.. Eighty percent of those surveyed say they are in good health. The breakdown of this percentage shows, however, that there is an enormous gap of almost 12% difference between the perception of the more advantaged social classes from those more precarious.

Among the health problems of most concern are overweight and obesity. Almost half of the Catalan population is overweight.. Specifically, 35.3% are overweight and 14.8% obese. Among children, it is estimated that one in four children between six and 12 years of age is overweight. Obesity figures in this age group reach 14% and, according to the records, everything indicates that this number will continue to rise in the coming years.