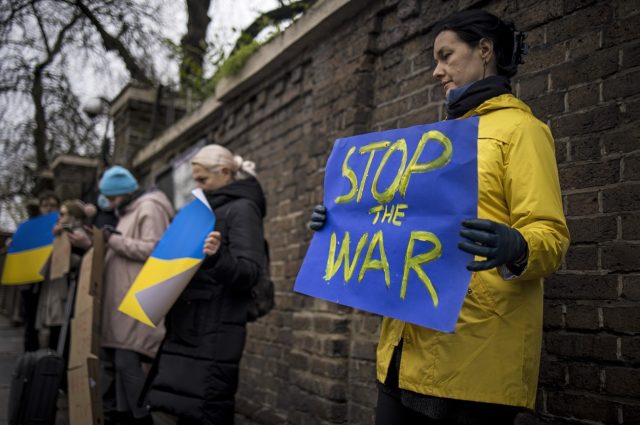 Several government sites in Ukraine were attacked by hackers before Russian troops invaded the country. The Kremlin denies being behind the action.

According to experts, the cyber attacks are being used by Vladimir Putin’s regime as a new weapon, which acts together with the ground, naval and air forces.

Sites such as the Kiev legislature, the Foreign Ministry, the Ministry of Infrastructure and Education have been downed or have not worked properly.

Moreover, a malware program that deletes data has been discovered on hundreds of computers in Ukraine, according to security experts from ESET and Symantec. The tool was found on the computers of organizations, private companies and government agencies. The purpose of the malware was to destroy communication between different entities during the military conflict.

According to Jean-Ian Boutin, a representative of ESET, the virus was created specifically for this conflict, as it was originally discovered only in Ukraine. Symantec later announced that the program was detected in Lithuania and Latvia on the computers of government contractors in Kiev, according to Reuters.

Read also: The Ukrainian war: What could the “Zs” inscribed on Russian vehicles mean

The attacks intensified after the United States warned in recent days that a military conflict was imminent, and several Western states had announced sanctions against Russia.

US President Joe Biden said last month that the US could respond with its own cyber operations against Russia if Moscow attacked Ukraine in this way.

Ukraine is resisting for the time being

The cyberattacks against Ukraine began on February 15, CNN reports. In those cases, the White House pointed the finger at the Kremlin’s foreign intelligence service, GRU. This is the successor to the former KGB.

Read:  You can delete the last 15 minutes of your Google Search history by using a shortcut

The DDoS (distributed denial of service) method was also used, a type of attack in which massive traffic is generated, which the servers do not cope with. The Russian embassy in Washington has denied the allegations.

A representative of the Department of Homeland Security said that there could be cyber attacks on transport networks targeting media organizations in Ukraine.

For the time being, Ukraine is resisting these attacks. Many sites came back online pretty quickly after they were taken out of use. It also helps that the EU, the US and private companies provide Ukraine with equipment, software and advice in the field, on the spot and remotely.

Putin’s regime has allocated more than 190,000 troops for the assault on Ukraine. Dozens of targets have already been attacked with rockets, including in the capital Kiev.