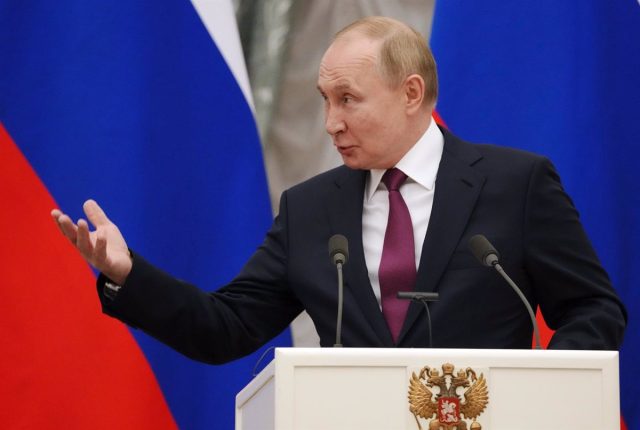 Russia does not consider keeping troops in Belarus once the joint military exercises that are being carried out are over, Kremlin spokesman Dimitri Peskov said on Thursday.

“The matter is not being considered,” said Peskov, who stressed that, when the exercises are completed, “the troops will withdraw to their permanent bases,” according to the Russian news agency TASS.

“It is a process that will take a certain number of weeks,” the spokesman warned, noting that “of course, it is simply impossible to remove everything that has accumulated there (in Belarus) for weeks.” In this sense, he has warned that this process is “routine” in military exercises.

On the other hand, Peskov has indicated that the Russian president, Vladimir Putin, does not plan an inspection of the exercises together with his Belarusian counterpart, Alexander Lukashenko.

Belarus already assured on Wednesday that the Russian government plans to withdraw all its troops from the country once the exercises are over. The Russian authorities have indicated that the maneuvers, which will last until February 20 and are being carried out in the context of tensions with Ukraine, will serve to “exercise in the task of tackling and repelling external aggression with a defensive operation, against terrorism and defend the interests of the State of the Union”.

These operations are being carried out at the Domanovsky, Gozhsky, Obuz Lesnovsky, Brestsky and Osipovichsky training camps and will also include the participation of the Baranovichi and Luninets airfields, in the Brest province, Lida, in the Grodno province and Machulishch, in the Minsk district.