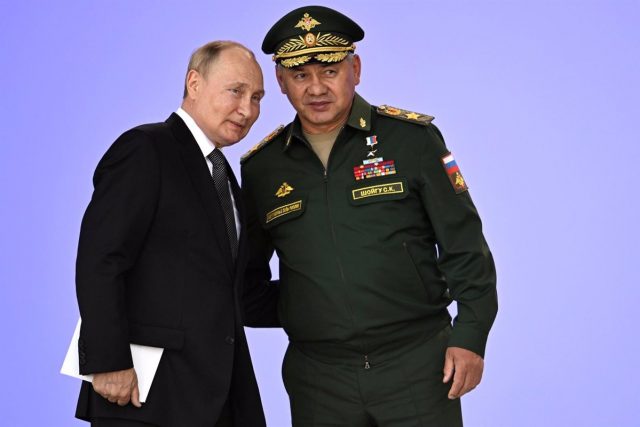 Russian Defense Minister Sergei Shoigu has advanced that Moscow will have to carry out a change in its security policies in the Baltic and Arctic region following the entry of Sweden and Finland into NATO.

“The official participation of Helsinki and Stockholm in NATO’s strategic planning, the possible provision of the territory of these states for the deployment of strike weapons will change the security conditions in the Baltic and Arctic region,” Shoigu has explained.

As a result, Russia will have to review its defense “approaches,” he said during a security conference in Moscow, where he also assured that the entry of Finland and Sweden into NATO has nothing to do with the war in Ukraine.

For Shoigu, the approach of Swedes and Finns to the Alliance “has been going on for many years” with initiatives such as the Nordic Defense Cooperation, which he has described as “the northern branch of NATO” that serves as a “cover” for these countries to participate in its training.

On the other hand, Shoigu has also ruled out that Russia intends to use chemical or nuclear weapons during the war with Ukraine, while denying that the support of Western countries to the Kiev side has affected the course of conflict set by Moscow.

Shoigu has criticized the media that are spreading “speculation” about Russia’s alleged use of such weapons, all “information stuffing,” which is nothing but “an absolute lie.”

“From a military point of view, there is no need to use nuclear weapons in Ukraine to achieve the stated goals. The main purpose of Russian nuclear weapons is to deter a nuclear attack,” he has zanelled.

As for the use of chemical weapons, the Russian minister maintains that these are “absurd” accusations and that, unlike the United States, Russia destroyed in 2017 this type of weaponry in compliance with its international obligations.

Shoigu also addressed the role of Western countries in this war, which he said, despite the shipment of weaponry, has not changed the course set by the Kremlin when the president, Vladimir Putin, announced the invasion of Ukraine last February 24.

“The special military operation has dispelled the myth about the ‘superweapon’ that the West is supplying to Ukraine and that it was capable of radically changing the situation on the front (…). However, these weapons are also being shredded. They have not had a significant impact on the situation,” he said.

The Russian minister has criticized that the operations of Ukrainian forces are “planned and coordinated” by foreign military advisors and that in Europe security has worsened due to increasingly “aggressive” and “anti-Russian” NATO military actions.

“NATO has taken off its mask. The aggressive nature of the bloc has ceased to hide behind the exclusively defensive rhetoric of its activities. The Alliance’s strategic planning documents contain claims of global dominance in Africa, the Middle East and Asia,” he has charged.