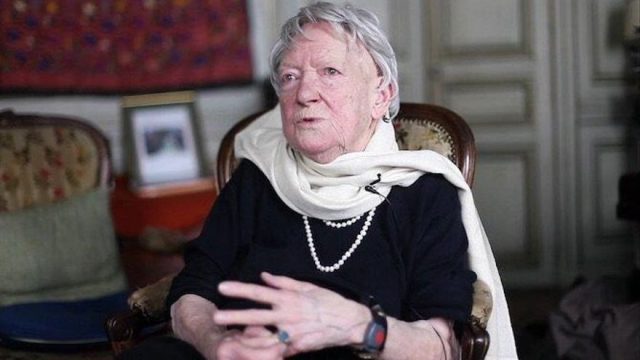 the french scientist Martha Gautierwhich played an essential role in the discovery that him Down’s Syndrome is an alteration in the 21st pair of chromosomes, has died at the age of 96, as reported on Monday by the National Institute of Health and Medical Research French (Inserm).

In the 1950s, Gautier, born in 1925 and specializing in paediatrics, joined the team of Down syndrome researcher Raymond Turpin, who defended the hypothesis that Down syndrome had a chromosomal origin and, to test it, proposed using cell cultures to count the number of chromosomes from affected children.

Gautier, who had studied pediatric cardiology at Harvard, proposed on his return to Paris to carry out these tests using the advanced techniques he had learned in the United States and, in 1958, “without any financial aid”, according to Inserm, he put it into practice until you tried it.

Read:  The hospital at home

“In this way, Gautier participates in a capital way in the evidence of a supernumerary chromosome in children with Down syndrome. It was the discovery of trisomy 21”, says Inserm.

Gautier publicly lamented having been sidelined from her own discovery, whose merits went to the geneticist Jérôme Lejeune, who died in 1994.

In specialized interviews, the scientist criticized the Academy of Sciences for having left her in a second position, when it was she who pointed out the high number of chromosomes present in people with this symptom, while Lejeune had identified said chromosome.

The Jérôme Lejeune Foundation praised the figure of Gautier on Monday and recognized his “indisputable role as a contributor” in the discovery of the origin of trisomy 21, always applauded by the geneticist.

After this discovery, he returned to his initial project, on pediatric cardiology, and joined the pioneering service of the Kremlin-Bicêtre hospital, in Paris, before creating the department of anatomopathology of childhood liver diseases.

In it, he started a laboratory that studied congenital metabolic anomalies that affect the liver and treated children affected by intolerance to fructose, galactose and other diseases.

“Marthe Gautier has dedicated her entire professional life to the study of various congenital anomalies in babies and children,” highlights Inserm on its website.