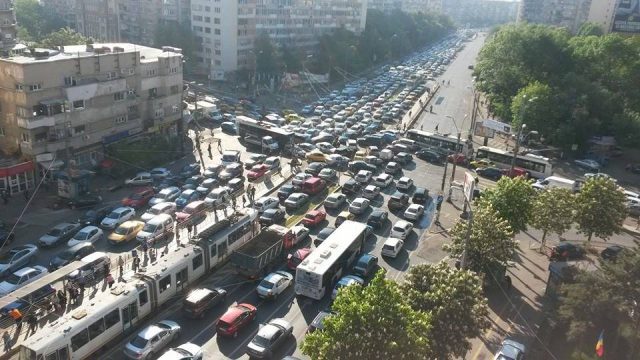 Romanians are not discouraged by inflation when it comes to investments in the car market, the purchase of new cars, especially when the Romanian state extends a helping hand through the Rabla program.

During the last month, in April, the Romanian car market took an important step towards recovery, after the massive losses registered during the pandemic, both due to the traffic restrictions imposed by the authorities and due to the semiconductor crisis that continues to feel the effects. All in all, 2022 is a good year for this industry, as long as manufacturers meet the massive demand.

Not for nothing, but more and more Romanians are turning to smart cars, vehicles with ecological propulsion, hybrid or electric. Due to the increased level of technology behind them, they are even more delayed in reaching customers, from the moment they were ordered, to delivery. The chip and semiconductor crisis continues to be felt in the market.

Read:  She gave up her Romanian citizenship, and an accident shattered her dreams as a ballerina: jazz career "saved" Aura Urziceanu

What cars will Romanians buy in 2022

Starting from the reality of the first four months of the year, confirmed by DRPCIV, we are talking about the largest increase in sales in the area of ​​electrified, hybrid or full electric vehicles. Compared to the same period in 2021, the increase was 131% in Mioritic lands for green cars, in contrast to the 36% increase in our entire car market. At the other end of the spectrum, in a not surprising way, given the rising cost of fuel, are diesel cars. They are losing more and more ground, reaching 15.3% of the market, with more than 10 percentage points less than last year.

Read:  The Romanian film on Netflix that won a bunch of awards: you should have seen it already

Occasionally, if in the first four months of 2021 3164 electrified, electric plus hybrid cars were registered, this year the number has doubled. We talked about 7,313 green cars, while the diesel area saw a decrease from 7,153 units in January-April 2021 to 5,669 in the first period of 2022.

If you are curious about the increases or decreases broken down by brands on the Romanian market, you can take a look at the table below, always considering that the fascination of Romanians for electric cars has left in overwhelming proportion since the launch of Dacia Spring, the 1458 model of units registered in the first four months of this year.