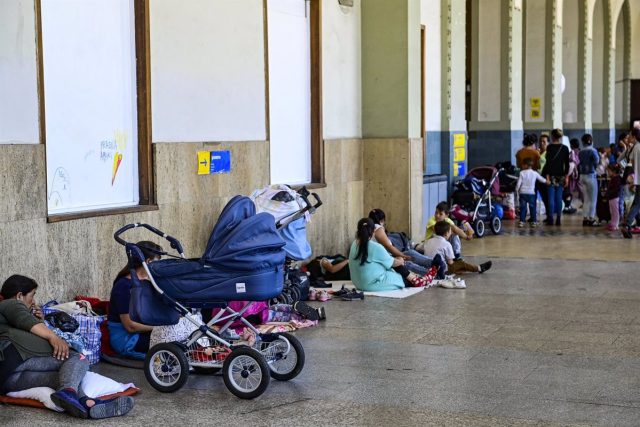 The United Nations Children’s Fund, UNICEF, has requested that the children of Ukraine and those in the Horn of Africa, Afghanistan and Yemen, who are also suffering the consequences of the invasion, not be turned away from Russia to Ukraine.

“The children of Afghanistan, Yemen or the Horn of Africa are paying a deadly price for a war far from their borders,” UNICEF Deputy Executive Director Omar Abdi warned at the Security Council meeting on peacekeeping. and Security in Ukraine.

According to a balance provided by the United Nations, in Ukraine, during the last month, international organizations have verified that almost 100 children have been killed, and estimate that the real figures are considerably higher.

Education is also in danger. As of last week, at least 15 of 89 – one in six UNICEF-supported schools in eastern Ukraine – have been damaged or destroyed since the start of the war in the country, as reported by UNICEF.

Thus, the body has demanded that the attacks cease. “All parties must fulfill their legal and moral obligation to protect civilians and civilian infrastructure, respect humanitarian law, human rights and ensure that children’s rights are respected,” he said.

UNICEF has therefore requested that “creative, multifaceted and flexible solutions that combine low-tech and high-tech methods be guaranteed to reach all children and minimize disruptions to their learning.”

The United Nations denounces that the situation of children and their families in the areas affected by the conflict without access to humanitarian aid continues to be “devastating”. The children and their parents speak of a ‘hell’, in which they are forced to starve, drink from mud puddles and take shelter from constant attacks and shelling, dodging bombs, bullets and landmines as they flee.

Read:  The right wing starts contacts in Sweden after the uncertain election result

IMPACT OF THE WAR ON OTHER COUNTRIES

UNICEF also warns that the war in Ukraine has also had a “devastating” impact on the world’s most vulnerable children, as global food and fuel prices have soared to record highs.

Children already affected by other conflicts and climate crises around the world, from Afghanistan to Yemen and the Horn of Africa, “are now paying a deadly price for another war far from their borders,” he said. “The repercussions of the war in Ukraine will continue to affect the whole world,” the organization added.

“Once again, as humanitarian personnel, we will do our best to continue to meet the needs of children affected by this war, to provide them with security, stability and protection, but it will never be enough,” said UNICEF Deputy Executive Director Omar Abdi. , ruling that “ultimately, children need this war to end”, since “their future is at stake”.