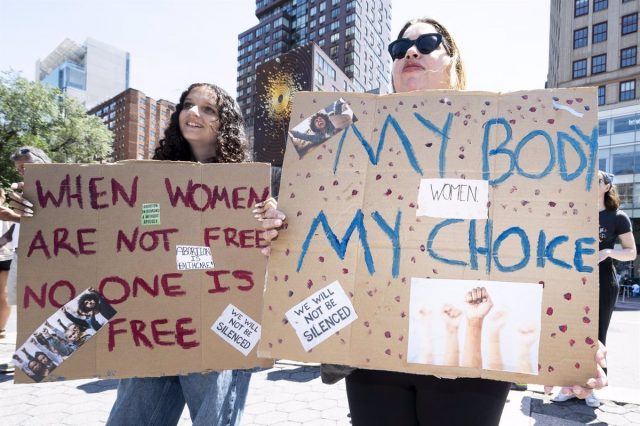 Republican Congressman Madison Cawthorn has introduced a bill Friday that would prohibit state funds from covering travel for those traveling interstate for abortions.

“Ensuring that the innocent among us are protected is near and dear to my heart. One of the most important ways we can protect the unborn is to stop the gross abuse of power and executive overreach by the Biden Administration,” Cawthorn said in remarks reported by ‘The Hill’ newspaper.

Cawthorn added that “this legislation shows that Congress will respect the Supreme Court’s decision to overturn Roe and not allow the federal government to overstep its constitutional authority.”

According to the Republican representative, this legislation would ensure that “taxpayer money does not go to anyone seeking to travel to a state with less restrictive abortion laws to undergo the procedure.”

On the other hand, the U.S. House of Representatives has approved this Friday two bills aimed at restoring the right to abortion after last June 24 the U.S. Supreme Court overturned the Roe v. Wade ruling, which had protected since 1973 the constitutional right to terminate a pregnancy in the first three months of gestation.

Read:  Biden asks to banish hatred after the death of ten people in the New York shooting

The first of these new legislations is entitled the ‘Women’s Health Protection Act’, and seeks to establish the legal right for women who want to terminate their pregnancy to receive medical care and abortion services.

The House of Representatives has given the ‘green light’ to this law with 219 votes in favor and 210 against –no member of the Republican Party has voted in favor–, so now it will be up to the Senate to ratify it.

The second legislative proposal is the so-called ‘Abortion Access Guarantee Act’, which seeks to counteract the efforts of some state governments to prohibit travel to other parts of the United States where abortion is legal.

This bill has been approved by 223 members of the House of Representatives, while 205 others have positioned themselves against it.

However, despite coming out ahead in the U.S. lower house, the Democratic Party needs the support of at least ten Republicans in the Senate — where each party currently has 50 senators each — for the bills to receive the majority needed to finally pass.

The order urged the Department of Health to take steps to ensure access to abortion medication, seeks to increase protections for health care providers who perform these practices under the Emergency Medical Labor and Treatment Act, as well as patient privacy and strengthen awareness campaigns in public facilities.