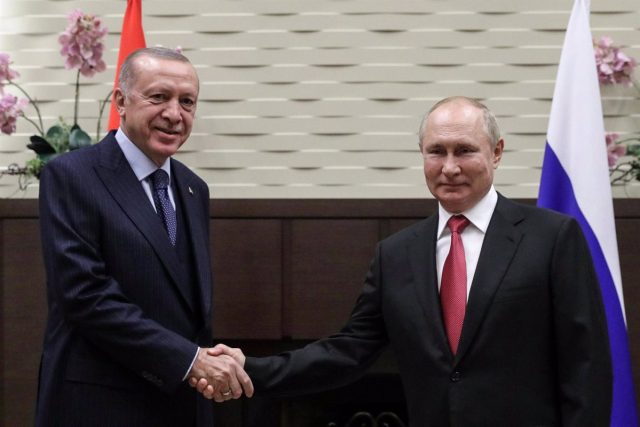 The President of Russia, Vladimir Putin, has personally thanked his Turkish counterpart, Recep Tayyip Erdogan, for Turkey’s mediation in the prisoner exchange carried out on Thursday with the United States, carried out in full escalation of tensions between the two powers due to the invasion Russia over Ukraine.

The United States and Russia exchanged former US Marine Trevor Reed for Russian pilot Konstantin Yaroshenko at Ankara airport. Both countries had demanded the release of their respective compatriots, appealing to alleged irregularities and health reasons.

Read:  A strong earthquake shakes the Pacific coast of Nicaragua

Putin and Erdogan have spoken this Thursday by phone and the Russian president has taken the opportunity to express his gratitude, according to the offices of both. The Turkish president has assured that this milestone demonstrates Turkey’s commitment to mediation, in general terms.

Erdogan, in fact, has insisted on the need to promote dialogue to resolve the conflict in Ukraine, in the hope of achieving “a lasting peace” and that it arrives “as soon as possible”. The president has been unsuccessfully proposing a meeting between Putin and his Ukrainian counterpart, Volodimir Zelensky, for several weeks.

The Kremlin has limited itself to saying that Erdogan and Putin have spoken about the humanitarian situation in Ukraine and about the round of contacts initiated by the UN Secretary General, António Guterres, who after passing through Russia and Turkey has come to Ukraine in search of some kind of progress.