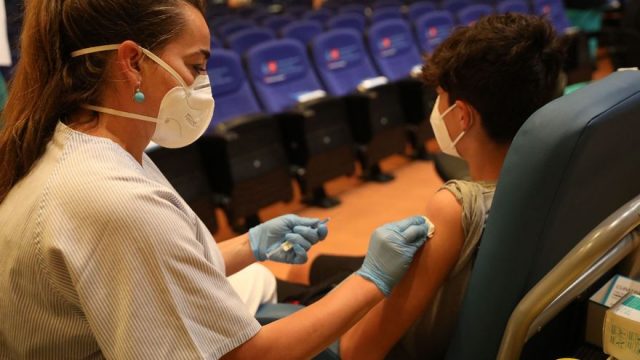 A study carried out in Denmark, and made public by ‘The Lancet’, with nearly 40,000 children aged 0-14 years, has shown that minors may also suffer from prolonged covid-19.

About 11,000 tested positive for coronaviruswhich are also the ones that have shown the greatest potential for prolonging the symptoms covid symptoms for at least two months-as defined by the WHO prolonged covid – and also the most likely to suffer from headaches, stomach problems and fatigue.

Read:  Why is it called monkeypox?

With increasing duration of symptoms, the proportion of children with these symptoms tended to decrease.

Another of the most salient findings of the study is that. in cases aged 12 to 14 years, more girls than boys had at least one symptom that lasted more than 2 months. In the younger age groups, sex differences were only found for controls aged 4 to 11 years.

The teenagers generally Report a higher burden of complaints and illness and have more symptoms. of any type than adolescent boys. The sex difference in perceived health and disease burden is a known phenomenon that manifests at puberty and may be related to hormonal balance.

The survey data did not include information on hospitalization; therefore, symptom burden in relation to hospital admission could not be assessed. By September 15, 2021, when data collection was completed, 242 children aged 0 to 14 years in Denmark had been hospitalized. with SARS-CoV-2 infection as a primary or secondary diagnosis.

The data in this study were obtained during the period when the alpha and delta variants of SARS-CoV-2 were dominant and, therefore, it is unknown whether the results are generalizable to children infected with a more recent variant or to future variants of the virus.