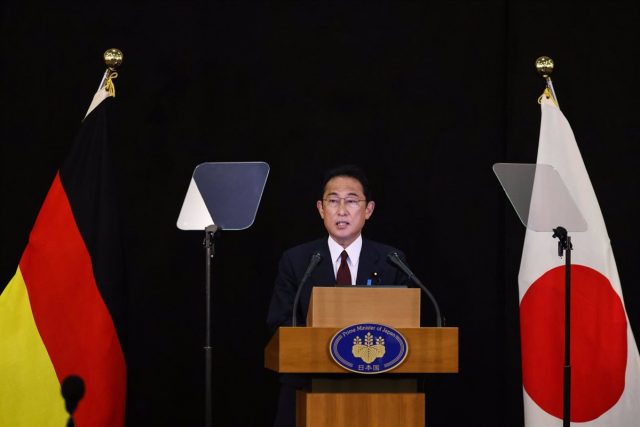 As predicted, the Liberal Democratic Party (LDP) of Japanese Prime Minister Fumio Kishida and his ruling coalition partner, the Komeito, will win more than half of the seats up for grabs in Japan’s upper house of the Diet (Parliament) in Sunday’s elections, held in the shadow of the assassination of former Prime Minister Shinzo Abe.

The more than 63 seats given to the coalition by projections of the official Kyodo news agency and public broadcaster NHK exceed the 55 needed to retain a majority in the House of Councillors. The chamber contains 245 seats, of which 125 were at stake in an election that renews half of the chamber every three years, plus vacancies.

Another important fact: the collapse of the main opposition to Kishida, represented in the main Constitutional Democratic Party, which will be down to about 12 seats, more than 20 fewer than it had before the vote. The emerging conservative Initiatives from Japan is predicted to win at least 10, compared to the previous six, while the Communist Party of Japan will win three seats and the left-wing Reiwa Shinsengumi, one.

It remains to be seen the total number of seats to be won by the LDP, the Komeito, Initiatives from Japan and the Democratic Party for the People, all parties in favor of an amendment of the pacifist Japanese Constitution. If together they win 82 seats, as at least NHK’s projection seems to suggest, they would have the two-thirds of the chamber needed to push for a referendum on what would be the first amendment of the current constitution.

The pro-Constitutional reform bloc has openly proposed reforming Article 9, which specifies the country’s renunciation of war as a foreign policy tool and thus renounces the sovereign right to belligerency. Thus, it enshrines at the constitutional level the renunciation of military forces with war capabilities, limiting the armed forces to the Japan Self-Defense Forces, which do not have offensive weapons such as nuclear weapons or ballistic missiles.

These results are also an endorsement for the Kishida government just nine months after the last election, while the leader of the Initiatives from Japan, Matsui Ichiro, despite his improvement in the results, has resigned as head of the formation.

Ichiro explained that the results were not as good as expected against an “inordinately powerful” LDP. However, he criticized the “old” policy of Kishida’s party, proposals that “do not work in the current situation of Japan’s aging and shrinking population”, reports NHK.

Ichiro has stressed the need for reforms to achieve a “sustainable society” and called on the party’s deputies to stand up to the LDP.

Ichiro himself had announced before the election that he would retire from politics in April 2023, when his term as mayor of Osaka ends.

It also remains to be seen the turnout in an election in the shadow of Abe’s assassination. All parties argued in unison for holding elections despite the trauma the crime has represented. “Elections are the pillar of democracy and democracy must be defended,” Kishida said Friday.

“We cannot give in to violence and for this reason we will continue to fight the election campaign to the end. I hope the people of Japan will think about it and work hard to protect our democracy,” the prime minister said.

The only official data that has been released is the early vote, which totals a record 19,613,956 votes (18.60 percent of the census), according to the Ministry of Internal Affairs. This figure is the result of 17 days of participation between June 23 and July 9.