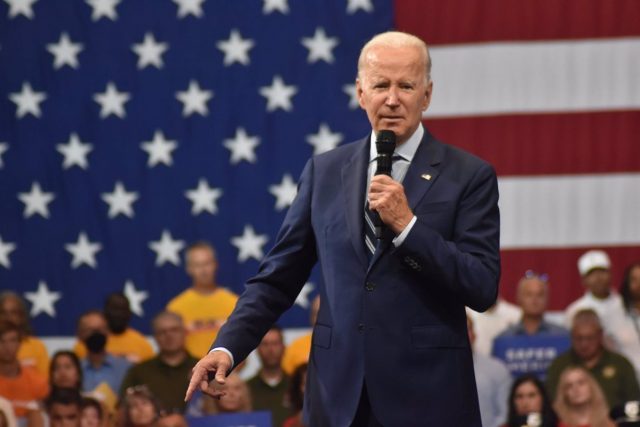 The President of the United States, Joe Biden, announced Thursday an agreement in principle with unions and railroad companies after several days of negotiations and before the threat of strike in the transport of goods during the day on Friday, something that has been described as “an important victory for the economy and the American people”.

Biden has argued that the principle of agreement “is a victory for tens of thousands of rail workers who have worked tirelessly during the pandemic to ensure that American families and communities received the supplies that kept us going during these difficult years,” according to a statement released by the White House.

In this regard, he has detailed that workers in the sector “will receive better pay, improved working conditions and peace of mind around their hard-earned healthcare costs.” “The agreement is also a victory for railroad companies, which will be able to keep and hire more workers for an industry that will remain part of the backbone of the U.S. economy for decades to come,” he has argued.

Biden has therefore thanked the unions and railroad companies “for negotiating in good faith,” while applauding that “the economy can avoid the significant damage that a strike would have done.” “With unemployment near historic lows and signs of progress in lowering costs, the agreement allows us to keep fighting for long-term economic growth that works for working families,” he remarked.

For its part, a spokesman for the U.S. Department of Labor has confirmed in statements granted to the Bloomberg news agency that companies and union negotiators have reached an agreement in principle that “balances the needs of workers, businesses and the national economy.”

During the day on Wednesday, the main U.S. railroad operator, Amtrak, had announced the suspension as of this Thursday of all long-distance train services in the face of the possibility of strike action, following the cancellation of services on other routes between Tuesday and Wednesday.

Amtrak, which is not involved in the negotiations, began Wednesday to adjust schedules and passenger train services that could be affected in the event of an announced strike by freight rail workers, which would be the first nationwide in the last 30 years. The problem stems from the fact that a disruption of service would affect tracks owned by companies involved in the labor dispute, which would cause them to be inoperative in the event of a strike, affecting Amtrak’s passenger operations.