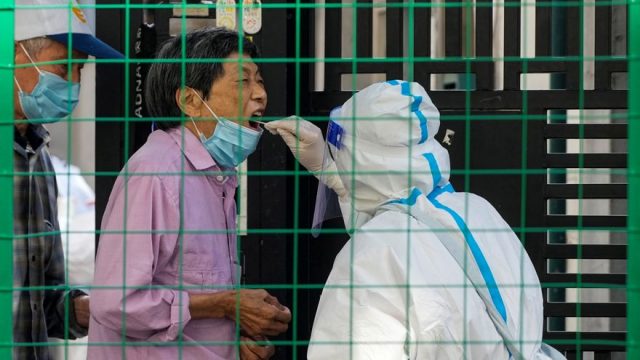 The Chinese city of Shanghai recorded no new covid-19 infections on Saturday for the first time since Marchwhen a strong outbreak linked to the omicron variant broke out and led to a long and severe confinement of its population.

“There were no new confirmed domestic cases of covid-19 and no new asymptomatic infections in Shanghai on June 24, 2022,” the government of the city of 25 million people said in a statement.

At Marchthe contagions began to multiply in the economic capital of the country, which ended up decreeing a severe confinement for two months duration.

The lockdown, criticized by the population who had difficulty getting food and medical care, was virtually lifted in early June, although the return to normalcy was hindered by the reinstatement of restrictions in some districts.

Two weeks ago, millions of people were once again temporarily confined as the municipal government deployed a mass testing campaign in some areas.

On the other hand, the capital Beijing closed schools and offices for weeks because of another outbreak. which authorities said was contained last week.

The municipal education office said Saturday that all elementary and middle school students could return to class starting Monday, although teachers, students and parents must first undergo a PCR test. The capital reported only two new infections on Saturday.

For its part, Shenzhena large industrial city in the south of the country, announced on Saturday that it will will close wholesale markets, movie theaters and gyms for three days. in a central district bordering Hong Kong after cases of covid-19 were detected there.

China is one of the world’s large economies that continues to apply the so-called “zero covid” strategy. to eradicate the virus through international travel restrictions, quarantines, mass testing and severe confinement.

Authorities insist that this policy is necessary to prevent a collapse of the health care system in the face of unequal distribution of medical resources and low vaccination rates among the elderly.