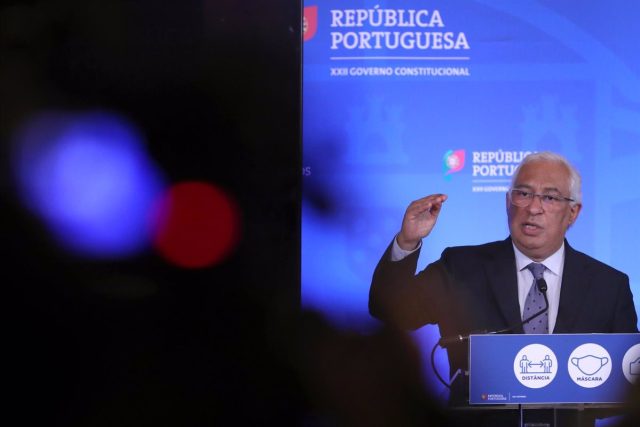 The Government of Portugal announced this Thursday a new relaxation of the restrictions imposed in recent months to contain the advance of the coronavirus, the lifting of mandatory confinement for risk contacts, as well as the health passport, except for border controls.

The new measures will remain in force until there is a “significant drop” in deaths related to the coronavirus, explained the Minister of the Presidency, Mariana Vieira da Silva, who acknowledged that the figures are still “very high”. This Thursday, 16,488 cases and 42 deaths have been added to the total balance, reports the Portuguese newspaper ‘Público’.

The resolution was approved this Thursday at the meeting of the Council of Ministers, which has decided to lower the state of health emergency under which continental Portugal was under to alert, which will be in force until midnight on March 7.

With this new battery of measures, confinement will only be mandatory for people who have tested positive, with or without symptoms; It is recommended to resume work in person and the capacity limitations in premises, establishments and open spaces are ended, as well as the health passport, except in border controls, and the presentation of a negative test to access hospitality premises and large venues and sporting events.

Read:  Boris Johnson modifies his wedding banquet after criticism for hosting it at an official residence

If the regulations that require negative tests remain in force, except for those who have received the third dose or have recently overcome the disease, to be able to visit nursing homes or hospitalized people, as well as the mandatory use of a mask in interior spaces.

Vieira da Silva has defended the importance of continuing to use the mask in closed spaces, such as concert halls “because there is still a high level of contagion” and a number of deaths “well above what the data suggests”. For now, Portugal has accumulated 3.1 million cases and 20,708 deaths.

Read:  The President of Ukraine signs a decree to mobilize reservists in the face of the growing conflict with Russia

“For now we are keeping the rules as they are in relation to the use of masks in closed places,” insisted the Minister of the Presidency, who foresees that the measure will be suppressed in the next epidemiological review.

“This is one more step towards a normal life, which was interrupted almost two years ago. A step that is only possible thanks to the commitment of the Portuguese men and women in complying with the different restrictive measures that have been applied”, has saying.

Vieira da Silva has also highlighted that this relaxation of the rules has been achieved thanks “to the evolution of science and vaccines”, but “also to the civic sense of the Portuguese who have been vaccinated a lot in these months”. In this sense, he also wanted to thank the work “in such difficult conditions” that medical and health professionals have carried out during these years.