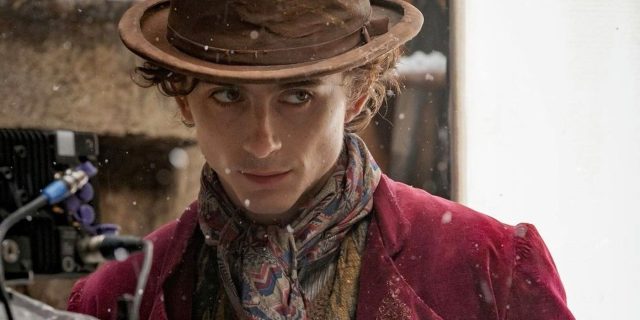 A new clip from behind the scenes for the upcoming film “Wonka” shows the young actor, Timothée Chalamet, as the most eccentric chocolatier in the history of cinema.

The 26-year-old actor is currently on the verge of success, 2021 being the year in which all film lovers found out his name. “Responsible” for this is the lead role he played in the masterful SF film, “Dune”, directed by Denis Villeneuve. “Dune” managed to redefine the concept much loved by fans of movies in this niche, perfectly combining a well-developed script with special effects of great finesse. Moreover, Timothée Chalamet could also be seen playing in the controversial “Don’t Look Up” with Leonardo DiCaprio, Meryl Streep, Cate Blanchett, Jonah Hill, Ron Perlman or Ariana Grande.

Read:  The law has changed for all drivers in Romania: what happens to fines, but appeals

Timothée Chalamet is about to play Willy Wonka

Over time, Willy Wonka has been played by “big” names in world cinema, including Gene Wilder and Johnny Depp. It seems that it is now the turn of Timothée Chalamet to enter the skin of the eccentric chocolatier. Filming for “Wonka” began in September last year, during which time Chalamet worked hard to rise to the level of his predecessors.

Also in the cast are Olivia Coleman (nominated for this year’s Oscars for “The Lost Daughter”), Keegan Michael-Key, Sally Hawkins, and the likeable actor Rowan Atkinson.

“Wonka” will be directed by Paddington Paul King, based on a screenplay by Simon Farnaby, and will take the form of a prequel that will closely follow the action of Roald Dahl’s novel Charlie and the Chocolate Factory, published in 1964.

The latest film will tell the story of the younger version of the eccentric chocolatier at the beginning of the road.

The latest footage from the footage was posted on Twitter:

love the interaction between Calah Lane and Timothée Chalamet pic.twitter.com/LgMmdjQYNi