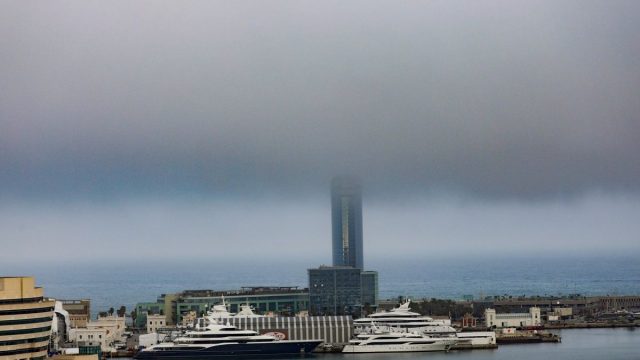 The structural connectivity is the existence of white matter tracts connecting different regions of the brain. It constitutes a marker of typical brain development. Abnormal white matter microstructure has been linked to. psychiatric disorders such as, for example, depressive symptoms, anxiety or autism spectrum disorders. This is not to say that pollution causes psychiatric disorders, as the ISGlobal study does not follow these disorders. “We do not look at psychiatric disorders directly. It has been seen that these structural changes in the brain can cause psychiatric problems in people, but it is not a direct causality. A lot of research is still being done on this,” the researcher qualifies. Mònica Guxens.

In addition to this association, the study has also found a link between the specific exposure to PM2.5 particles and the volume of a brain structure known as the putamen, which is involved in the motor function in and learning processes. The study has observed that the higher the exposure to PM2.5 particulate matter, especially in the first two years of life, the greater the volume of the putamen.

According to the first author of the study, Anne-Claire Binter, this study is “groundbreaking” because it “identifies the susceptibility periods To air pollution.” “We have used a finer time scale to consider the exposure, analyzing the month-by-month datawhen previous studies investigated trimesters of pregnancy or childhood years. In this way, we have studied air pollution from conception to the age of 8.5 years. on a monthly basis,” says Binter.

Read:  What is 'shaken baby syndrome'?

The study has been spent in a large cohort, for it has followed 3,515 children in the Netherlands. To find out what air pollution they had been exposed to, daily levels of nitrogen dioxide (NO2) and particulate matter were estimated. (PM2.5) recorded wherever they had lived from conception to 8.5 years of age. When they were between the ages of 9 and 12 years, they were taken brain imaging by magnetic resonance imaging and various brain volumes and structural connectivity were calculated.

The levels of NO2 and PM2.5 recorded in the study exceeded current WHO recommendations (10 and 5 micrograms per cubic meter respectively), but nevertheless complied with the European Union regulations. “Pollution is related to structural changes in the brain and these may be related to some psychiatric disorders. But we have not seen that it is related in the Netherlands cohort.” Binter explains to this newspaper. “It’s not so much an individual problem -That is, it should not be a cause for concern for parents, but rather for countries, as it may indicate that pollution levels need to be reduced even further. It is more of a public health problem than an individual one,” she adds.