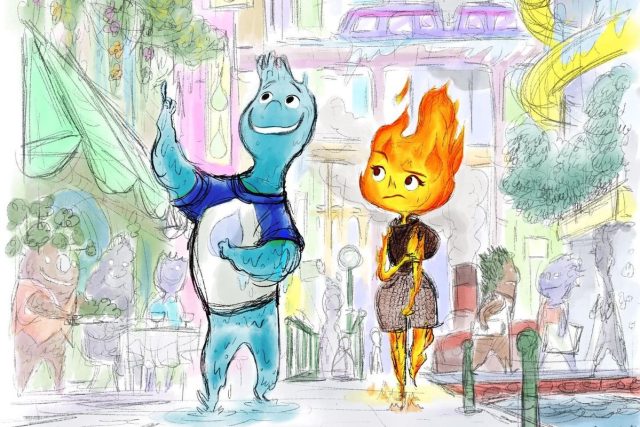 Pixar seems to have a new surprise on the horizon for fans of its animations, so it announced when you will be able to see Elemental in cinemas. Looks like you don’t have much to look forward to.

Pixar’s new animated film, Elemental, will be released in mid-2023. Of course, this date may seem distant, but until then you can enjoy other productions.

In fact, the company has not been idle lately: it recently released Turning Red in March, and will launch the Toy Story Lightyear prequel next month. Being one of the most appreciated animation studios in the world, Pixar has broken many records in recent years, managing to combine perfectly the well-made animation, from a technical point of view, with stories meant to reach your soul.

Read:  It happens at the pump, with gasoline and diesel: until Easter, we do not escape a potential disaster

The announcement of the launch of Elemental is accompanied by a sample of conceptual art from the animated film that reveals sketches of the characters made of fire and water. The film will be the 27th release of the Pixar studio and will be directed by Peter Sohn, also responsible for The Good Dinosaur, from 2015.

Also involved in the project is producer Denise Ream, who worked on The Good Dinosaur with Sohn, but also on Cars 2 in 2011. The Good Dinosaur received mixed reviews at the time, being overshadowed by Inside Out, released at the beginning. the same year.

That being said, Elemental could be Sohn’s chance to receive the recognition he expects, especially since it is the only title to be released by the company in 2023, as far as we know.

Elemental will be released in theaters on June 16, 2023, and has every chance to win the 2023 Oscars. If that happens, Pixar will have a chance to make up for it after losing. in front of Disney, in 2022.