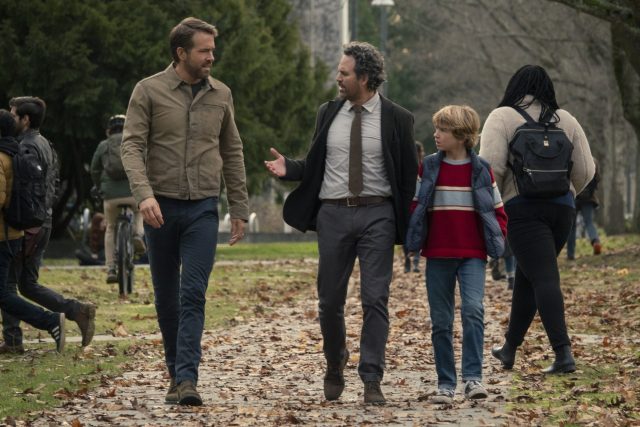 “The Adam Project” is one of Netflix’s most popular movies of all time. However, the film has set a new record recently, as you can see below.

According to new data, “The Adam Project” is currently the fourth most watched English language movie on Netflix of all time, after being released on the streaming platform just a month ago.

The action of the film takes place in a futuristic science fiction universe in which a pilot named Adam (Ryan Reynolds) travels back in time to meet his younger version (Walker Scobell). In addition to Reynolds and Scobell, the film also features Mark Ruffalo as Adam’s father, Jennifer Garner as Adam’s mother, and Zoe Saldaña as Adam’s wife.

Read:  Lotus is struggling with Porsche: what model is preparing for launch

The script was originally written in 2012, and the producers were thinking, at the time, of giving Tom Cruise the lead role. In 2020, however, the film moved to Netflix, which changed all plans.

“The Adam Project”, in a continuous rise in the Netflix charts

“The Adam Project” has been watched over 233 million times, becoming the fourth most popular English language film in the platform’s history. The only movies that are currently in front of him are “Red Notice” (where we can also see Reynolds), “Don’t Look Up” and “Bird Box”. Reynolds also starred in Netflix’s ninth most popular title, “6 Underground,” which made him the first three-film actor in Netflix’s Top 10.

Since “The Adam Project” was only released a month ago, it is possible that the film will continue to rise in the Netflix charts. Just a few weeks ago, on March 29, it was the seventh most popular English-language movie on Netflix, and is now in 4th place.