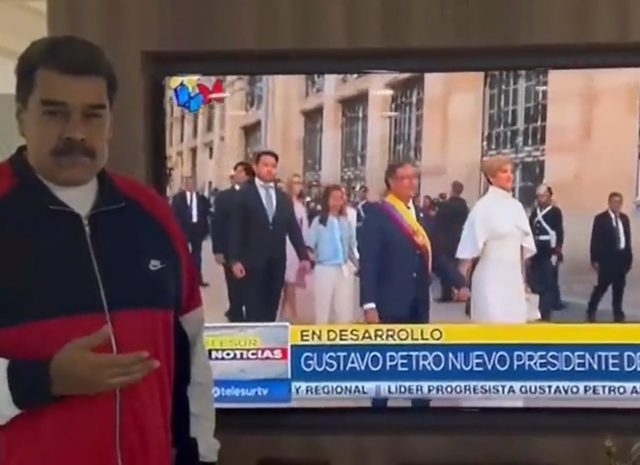 The president of Colombia, Gustavo Petro, and the president of Venezuela, Nicolás Maduro, have appointed on Thursday their respective ambassadors in Colombia and Venezuela as a symbol to resume relations between the two countries after the new Colombian president took office.

Petro has appointed Senator Armando Benedetti as the new ambassador of Venezuela, one hour after Maduro appointed the former Venezuelan ambassador to China, Felix Plasencia, as the new head of the Embassy in Colombia.

“I have decided (…) to appoint Armando Benedetti as ambassador of Colombia to Venezuela”, said the Colombian president, recalling that the new Colombian representative to Venezuela “will be responsible for normalizing diplomatic relations between the two countries”, Petro said in a statement.

Maduro, for his part, has detailed that Placencia will be “soon” in Bogota to exercise the position of Venezuelan ambassador in Colombia.

“I want to announce that former Foreign Minister Felix Placencia, who was ambassador to the People’s Republic of China and who is today president of the International Investment Center, I have appointed him as the next ambassador to the Republic of Colombia”, Maduro has detailed in declarations gathered by ‘El Universal’.

With these appointments, Venezuela and Colombia are moving towards the normalization of relations, which had been spoiled during the government of Iván Duque.

Specifically, bilateral relations between the two nations were broken in February 2019 by order of President Maduro in response to the Duque government’s support for “president-in-charge” Juan Guaidó and non-recognition of Maduro as the country’s leader.

Since then, Colombia and Venezuela had starred in a crossfire of accusations about alleged collusion with terrorism. Maduro accused Duque of having terrorist plans against him, while Bogotá denounced that Caracas was harboring Colombian criminals.