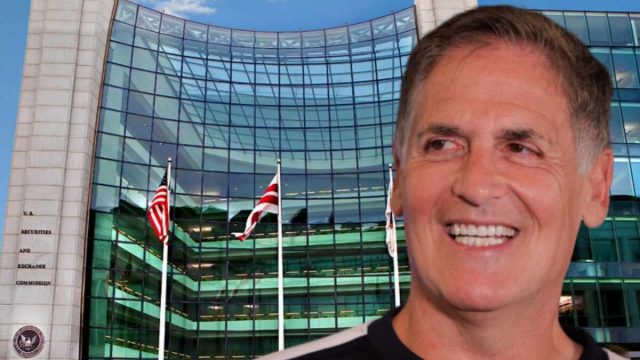 Mark Cuban, a well-known billionaire who is a big proponent of crypto-currencies, is apparently being sued for promoting Voyager Digital’s failed crypto-currency lending platform. The class action lawsuit was filed by investors and fans of the Dallas Mavericks.

Essentially, the class action lawsuit alleges that Mark Cuban and Voyager Digital CEO Stephen Ehrlich acted as influencers of the platform, which turns out to be a Ponzi scheme by duping the platform’s customers into investing their savings.

Read:  IMF expects U.S. economy to experience high inflation for at least another year or two

Mark Cuban and the Voyager Digital scandal: what happened?

In July Voyager Digital filed for bankruptcy, suspending all deposits, transactions and withdrawals on its platform, totaling $10 billion.

In the petition, it appears that the number of creditors affected by the bankruptcy was over 100,000.

In recent days it seems that the platform has obtained court approval to restore user access to cash held at the Metropolitan Commercial Bank. The amount released is $270 million in cash deposits that will be released to users in about ten days.

Meanwhile, the platform also announced that it is looking for a potential sale of the company.

Read:  Solana and Slope confirm hack that affected over 8,000 wallets

The class action also involves Mark Cuban, who allegedly participated in the platform by promoting it:

“I should add that I am a [Voyager] And I’ve been a customer for several months now. I love using it, it’s easy, it’s cheap, it’s fast, and the price is really good, so we find it’s a perfect solution for our Mavs fans and reaching Mavs fans of all ages.”

Recently, Mark Cuban also reportedly commented on the likely new rules that the U.S. Security and Exchange Commission (SEC) wants to put in place for the regulation of crypto-currencies, calling them “nightmarish“.

Mark Cuban says the SEC will introduce rules for token registration that will be “The nightmare ahead for the crypto-currency industry“.