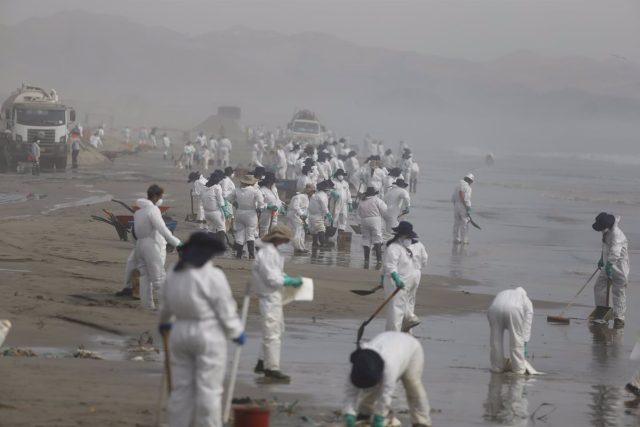 The Peruvian authorities have announced a lawsuit against the Spanish oil company Repsol for 4,500 million dollars (more than 4,300 million euros) for the oil spill last January on the Peruvian coast.

In response, Repsol has described the claim as “unfounded and inadmissible” and that the compensation estimate “lacks the slightest basis”. In addition, the company has highlighted that the affected areas have been declared clean and that they were not responsible.

Palacín has highlighted that this lawsuit is in accordance with the norms of the Civil Code: “This indicates that whoever operates a risky asset or the exercise of a risky activity and causes damage to another, is obliged to compensate him.”

Read:  More than 70 dead in sinking of boat carrying dozens of migrants off Syria

Palacín has indicated that “these actions could generate jurisprudence on issues of oil spills where damages and collective moral damage occur in areas affected by pollution of the environment, coastal areas, beaches, artisanal fishing activities, tourism and commercial activities of the most of twenty affected spas”.

However, for Repsol this demand “is unfounded, inadmissible and incongruous, because it does not address the causes of the spill, nor the cleanup and remediation work already completed by Repsol,” he stressed in a statement.

In addition, the company considers that INDECOPI’s estimates of damages “lack the slightest basis to support the figures indicated” and that “the channels of attention to those affected established by the company, through collaboration with government”.

Thus, Repsol has highlighted “the culmination of the first response actions” in the affected areas “declaring them clean” and that, “on its own initiative”, the company has announced financial aid to the affected population.

The statement underlines that the company has carried out a series of actions “to return the coastline to its original state” despite “not having been the cause of the spill.” “All the information available to date allows us to conclude that the spill was caused by the uncontrolled movement of the ship ‘Mare Doricum’ at the time of unloading crude oil, which caused the rupture of the submarine facility.”

Some 18,000 square meters of beach were affected by the oil spill of at least 6,000 barrels of crude oil, a situation that, according to Repsol, was caused by an “unpredictable maritime phenomenon” as a result of the tidal wave caused by the eruption on the 15th of January from a volcano on an island in Tonga.