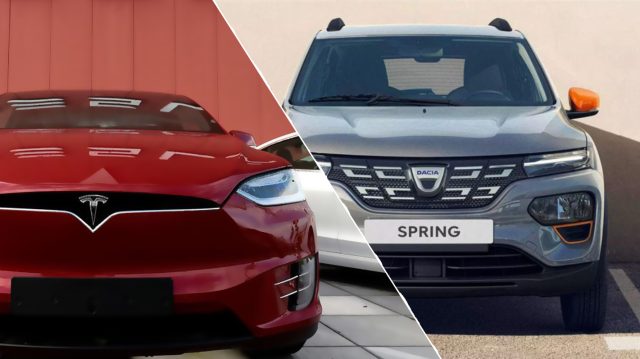 In the context of the semiconductor crisis and accelerated inflation across Europe, Dacia tends to be a very attractive brand for a significant percentage of the population. The interest is so great for the Mioveni manufacturer that it is approaching Tesla, Hyundai and other giants.

In the first phase, when Dacia Spring was launched, success was far from certain. It does not have the most impressive performance. At the same time, it is one of the cheapest on the market. In times of crisis, it has managed to make waves in Europe, and the giant from Mioveni is one of the few companies that has seen an increase in sales.

The European car market led by Tesla, Hyundai and Dacia

If we look only at the growth rate of Dacia – 0.88%, even Toyota was below – 0.81%, although the total market share is higher, 6.78% increase from 5.97%. In addition to the above exceptions, all other European brands have lost market share, mainly due to a lack of components and, implicitly, to the impossibility of delivering the cars ordered by customers.