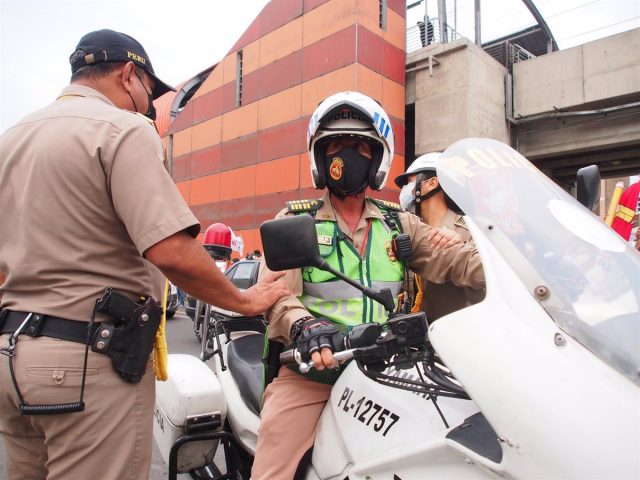 Peasant self-defense groups in the Peruvian department of La Libertad, north of Lima, have captured eight women accused of witchcraft and tortured and later released them on the condition that they leave their community. The authorities are already investigating what happened.

The president of the Central Única Nacional de Rondas Campesinas de La Libertad, Pablo Haro, has explained in declarations to the radio station RPP that the women acknowledged having practiced witchcraft against people from Carhuacocha, in the town of Chillia, province of Pataz, and promised to leave the district.

“There are eight of them. I have already spoken with the district president. Two have already been released. They have made a commitment: that they are also going to leave the town. They themselves have made their statement, they have been intervened there for witchcraft practices,” he said.

Read:  Bodies of US crew recovered after plane crash in Norway

Irene de la Cruz Castillo, one of the detainees, was allegedly punished without proof of her participation in the incident, according to her nephew, Ivan Pinedo Escudero. “Supposedly they caught a lady doing the act of sorcery. However, that lady implicates my aunt and the ronda held her without having any proof. They have met and have decided to have 20 more days in ronderil chain, where my relative is being badly beaten”, he denounced.

The president of the peasant patrols of the district of Chillia, Manuel Quijano, has held a meeting with the Police to verify the spaces of the communal bases where these women would have been tortured.

On the accusations of witchcraft, Quijano has alleged that it is a communal decision in assembly taken after several families denounced to be victims of witchcraft practices.

Read:  Ukraine denounces new shelling in Mikolaev in the south of the country

Meanwhile, the Ministry of Women and Vulnerable Populations (MIMP) has announced an investigation of what happened in coordination with the Ministry of the Interior and the Ombudsman’s Office “so that these facts are clarified and those responsible are punished.”

“The services of the MIMP will receive and continue to provide support to women victims of violence, guaranteeing their physical integrity and their rights. The Women’s Emergency Centers (CEM) in Pataz and Trujillo are on alert and in close coordination with the authorities of the region to welcome and accompany the victims,” he said. “We expect a thorough and speedy investigation,” said Minister Diana Miloslavich.