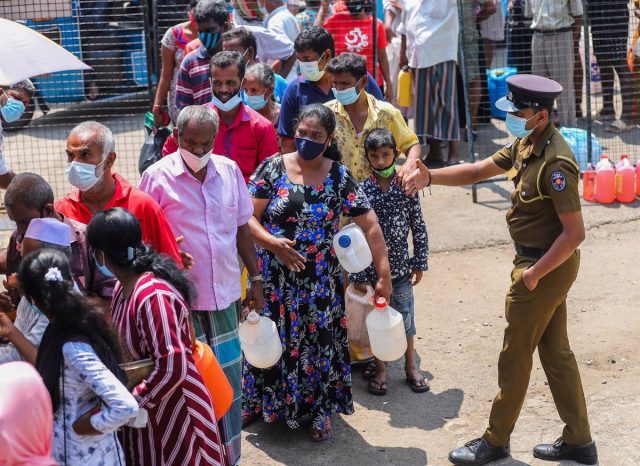 At least 103 people were injured in Sri Lanka last Saturday, when the population of the country’s capital, Colombo, took to the streets to seize the presidential residence in a revolution that has forced the resignation of the president, Gotabaya Rajapaksa, and the country’s prime minister, Ranil Wickremesinghe, due to the devastating economic crisis that plagues the nation.

Of the injured, 55 are still receiving medical treatment and one person is in critical condition, a spokesman for the Sri Lanka National Hospital in the capital told News First.

Eleven injured have been identified as journalists, six of whom belong to this media outlet.

Read:  China calls for de-escalation of violence in Ukraine and stresses importance of "respecting sovereignty"

More than half of the injured had already been registered by mid-afternoon yesterday, before nightfall, which began with the fire at the private residence of the resigned prime minister.

Three people have been arrested for their involvement in the attack on Wickremesinghe’s home, according to police spokesman Nihal Talduwa.

Ceylonese media have so far reported no other major incidents.