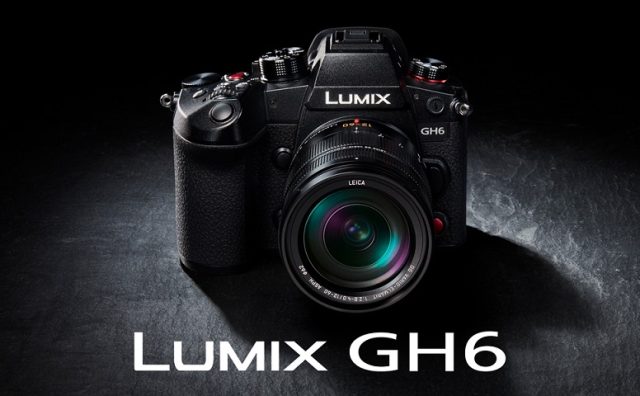 Panasonic has also launched in Romania its newest professional mirrorless camera, the GH6 model, officially announced a month ago internationally. It is a hybrid camera that offers many capabilities aimed at video professionals, but also for those who want to work with photography. Apparently, the perfect client for this camera is the content creator who needs a good solution to everything.

Panasonic Lumix GH6 allows you to shoot in many professional formats

Panasonic Lumix GH6 is the best Micro Four Thirds format camera on the market right now. It uses a new 25 megapixel photo sensor, along with a new Venus Engine image processor, which allows filming in a variety of resolutions, framerates and formats. This is the only mirrorless camera in MFT format that can shoot in 10-bit color format at 5.7K resolution at 60 frames per second, 4K at 120 frames per second or Full HD at 300 frames per second.

In addition to these capabilities, the Panasonic GH6 also allows filming in the professional Apple ProRes internal format, using CF Express cards. Thus, you can have recordings of up to 5.7K at 30 FPS in ProRes 422 Hq or ProRes 422. However, you will need to equip yourself with many high-capacity memory cards, as 128 GB is only 8 minutes of shooting at the Higher resolution ProRes 422 HQ. For less demanding resolutions and formats, UHS-II SD cards can also be used, and a firmware update will also allow recording on an external SSD via the USB-C jack. GH6 is also a certified camera for Netflix productions, so it allows recording at a quality supported by the streaming service and in professional formats, such as Cinema 4K up to 60 FPS 10 bit 422, or even external recording in this format. Moreover, the camera also allows the use of anamorphic lenses, which use the entire sensor for recording, in various ways from 1.3 to 2.0, the “desqueese” being made in the camera. Through the HDMI port, they can be recorded using Atomos Ninja V recorders + 4K resolution images, 120 frames per second in RAW format.

Read:  Dumitru Prunariu is invited to the podcast ALTCEVA with Adrian Artene on the 41st anniversary of his first flight into space

The V-Log movie preview can also be done in the camera, which comes pre-installed on the camera (GH5 required the purchase of a separate V-Log L format). You can copy and apply LUTs to see directly what the final recorded material might look like, but the recording is also done in neutral format, which then allows professional coloring in post-production.

Stabilization and dynamic range are improved over previous models

Last but not least, the Micro Four Thirds sensor allows better stabilization than is possible on full frame or APS-C cameras, as it is smaller in size and the movements can be more easily attenuated by internal stabilization. When you use a lens with optical stabilization, the DUAL IS 2 system comes into effect, which allows stabilization for hand-held shooting similar to what you can sometimes do only with specialized equipment (such as a Steadycam or a gimbal).

To ensure the highest level of detail, the camera also uses a new technology called Dynamic Range Boost, which increases the dynamic range of the sensor from 12 stops to over 13, thus framing more details in both dark areas. as well as in very bright areas. The audio part was not ignored either. In addition to the two “standard” channels that you can record, either through the internal microphone or through the XLR microphone adapter, the Panasonic GH6 allows you to record 4 channels simultaneously, which you can then mix in post-production independently. You can thus have two dedicated channels for two interlocutors, with ambient sound recorded by the camera microphone. Internally, the sound is recorded at 48 kHz 24 bit, and with the help of external microphones, you can record sound at 96 kHz 24 bit.

Read:  Risk of fire in Hyundai and Kia cars. Cars can catch fire spontaneously, even when parked

One chapter in which Panasonic cameras have lagged behind the competition in the market is focusing during filming. Despite the high quality of the footage, autofocus has always had problems with Panasonic using a system called DFD (Depth From Defocus) instead of phase detection points. Thanks to the new processor and the new higher resolution sensor, the focus on the Panasonic GH6 should be significantly better than in the past, being able to quickly detect humans or animals and track their movements in real time. It remains to be seen how the new improved DFD will behave in real use cases.

In addition to a video camera, the Panasonic GH6 can also be a high-performance camera

All the advantages of the sensor and the image processor also apply to the photography part. IBIS and Dual IS stabilization are still useful to ensure that you can shoot in low light without a tripod, even with longer exposure.

In fact, this long exposure is demonstrated in 100 megapixel mode. Basically, the camera can quickly capture a few frames by physically moving the sensor, which it can then glue together to create a single, very high-resolution photo. The Panasonic Lumix GH6 will arrive in stores in Romania soon, before the end of March. The camera will be available in a “body” package for 10,899 lei, as well as in a kit with the Leica 12-60mm f / 2.8-4 lens, which costs 13,899 lei. Those who order from the specialty stores by April 30th will receive a promotional gift in the package: a 128 GB Lexar® Professional CFexpress Type B GOLD Series card and an extra one year warranty. The value of the card is about 800 lei.