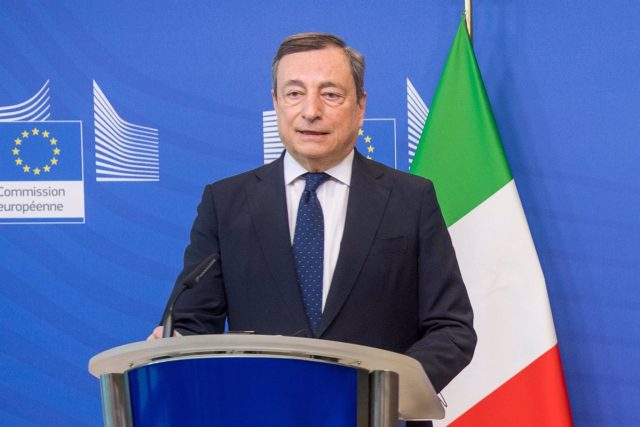 Italian Prime Minister Mario Draghi warned on Wednesday that Russian President Vladimir Putin “does not seem interested in a ceasefire” in Ukraine and has expressed that he still has hope in China’s position in relation to the war. .

In statements to the Italian Parliament, the ‘premier’ has indicated that he hopes Beijing “avoids taking measures that support Moscow” and has urged the country to “take an active part in achieving peace” in Ukraine.

Draghi has indicated that diplomatic actions “will only be effective if Russia wants them too” and has lamented, however, that Putin only seeks “territorial benefits”. “He does not want a truce”, he asserted before stating that “Italy supports kyiv’s path towards entry into the European Union”.

Read:  Ukrainian presidential advisor warns that the war will only end with the "end of the Russian occupation of Crimea."

“There is no opposition between the West and Moscow in a clash of civilizations,” he stressed before urging “not to support this type of opposition.” “Our desire for peace collides with that of President Putin, who shows no interest in reaching a truce that allows the negotiations to advance successfully,” he reiterated, according to reports in the newspaper ‘La Repubblica’.

Thus, he has specified that his plan seems to “gain ground from the military point of view” and has accused him of “resorting to bombing like the one in Mariupol.” “For this reason, the international community has adopted increasingly harsh sanctions against Russia,” he added.

On the role of China, he stressed that it plays “a role of great influence in global geopolitical and security dynamics.” “It is essential that the European Union is united in maintaining open spaces for dialogue with Beijing, so that it contributes constructively to the international mediation effort,” he said.

In this sense, he clarified that the summit between the EU and China scheduled for April 1 will be an “opportunity to underline the European position”.