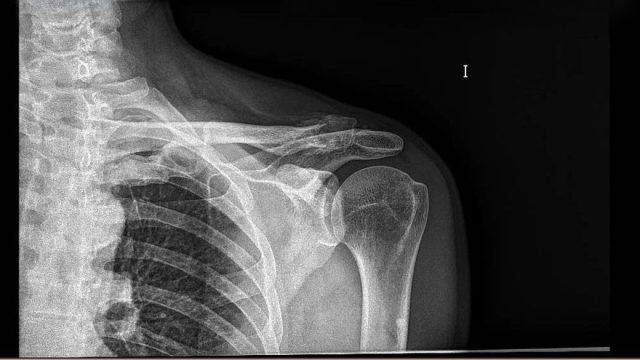 The osteoporosis is a chronic disease which causes a decreased bone tissue, a fact that increases fragility and the possibility of suffering fractures. The most common breaks are those of the hip, the vertebrae and the wrist. It is usually diagnosed as a result of a fracture caused by an accidental fall. This Wednesday marks World Osteoporosis Day, since, on October 20, 1996, the National Osteoporosis Society of Great Britain, launched a campaign aimed at preventing the disease and making the population aware of its diagnosis and treatment

Osteoporosis is a common disease in the population and increases with aging and some diseases. The International Osteoporosis Foundation (IOF) explains that osteoporosis fractures affect one in three women already one in five men of more than 50 years all over the world. In addition, around 9 million fractures occur annually.

According to data from the Spanish Association with Osteoporosis and Arthrosis, in Spain about 3 million people suffer from the disease. The 22.5% of women and the 6.8% of men over 50 years of age have osteoporosis, and it causes about 330,000 fractures a year.

The main test to detect osteoporosis is densitometry, which is used to evaluate the mineral density of the bones. Complementary tests such as a computed tomography, a magnetic resonance and one Bone scintigraphy.

The IOF explains that delays in tests and treatments of osteoporosis, as well as sedentary lifestyles at home, are some of the ways the pandemic has affected bone health.

Professor Cyrus Cooper, President of the IOF, stated that “Despite the immense burden of fragility fractures, osteoporosis remains underdiagnosed and undertreated. Even after an osteoporotic fracture, approximately 80% of patients do not undergo any examination or treatment for the underlying cause. This is inexcusable, especially when compared to cardiovascular disease prevention, where patients are routinely treated for high blood pressure or cholesterol to prevent potential strokes or heart attacks.”

Read:  How many countries do not have (nor have they had) a single case of covid?

As the Hospital Clínic de Barcelona explains, it is not possible to speak of “a total cure for the disease”, but the treatment aims to improve the level of bone mass and quality to reduce the risk of suffering fractures.

Treatment is based on four pillars: a diet rich in calcium or take a pharmacological supplement, maintain adequate levels of vitamin D for the bone to absorb calcium, a style of Healthy life and a Pharmacotherapy to reduce the risk of invoices.

According to the Hospital Clínic, several studies with new treatments are currently being carried out. The most advanced investigations and with the most promising results are the protein related to the parathyroid hormone and the treatment with monoclonal antibodies against sclerostin.

On the other hand, a study by the Research Institute of the Clinical Hospital of Valencia has analyzed microRNAs as biomarkers of osteoporosis and arthrosis.

This is the new deadline for pharmacological abortion in Catalonia