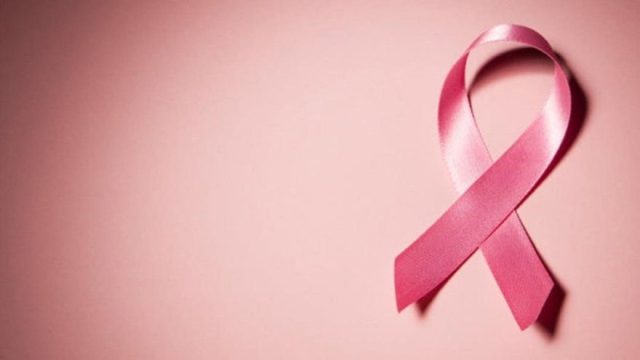 They told María Luisa on November 29, 2001 at one in the afternoon. When he heard “you have breast cancer” he felt that the world “came down on him”. Start “a new life that will never be the one you had.” “It doesn’t have to be better or worse, but it will be different. There is always life before that day, the day D when they give you the news, and the day after“, says the patient and president of the Rosae Association in an interview she gives to Efe on the occasion of the World Breast Cancer Day.

It was only two days since he had turned 31. “It is a hard moment, quite hard. It is very difficult not to cry at that moment,” he continues. He really should have known on the very day of his birthday. She had an appointment with her gynecologist to have the biopsy stitches removed. Walking through the door, the first thing he said was, “Doctor, congratulate me.” The doctor did so and made an appointment for her two days later because “he saw one of the spots that was not very dry.”

There it was two days later: “He told us ‘sit down’, I was going with my husband.” And then: “Well, nothing, María Luisa, I already have the proofs and are positive: it is breast cancer“. “That’s where the tears come,” he says, unable to contain his emotion, collapse and absolute silence that he respected.” “He let me express, get what I needed at that time,” he continues. It was also when he recognized that the points was just an excuse to avoid marking his birthday forever with that news.

Deep down, she knew: “When I was young, I had a dream that I was going to have breast cancer.“, she explains. The summer she was 30, she was on the beach with her husband and noticed a lump in the breast left. I had fibrocystic mastopathy and she was used to her breasts changing at times of ovulation or menstruation. “But the lump appeared suddenly, it didn’t go away and it was like harder.” “Then that dream reappeared.” The people around him advised him not to pay attention to such things. But she “had very much assumed that it was going to be.”

The blow of confirmation gave way to a kind of “relief”. “When they sit you in the chair and tell you ‘You have breast cancer’, at the same time you notice how the whole world falls on top of you, but on the other hand you say to yourself: ‘wow what a break‘” Because for her the worst of all is the time of uncertainty What happens from when something strange is noticed in the breast until the diagnosis.

Read:  Josefa Pérez, the first Catalan woman to be vaccinated against covid-19, now receives the first fourth dose in Catalonia.

“That moment when you start to think about it, if it will be good, if it will be bad, until you decide to go to the doctor, to examine you, to tell you that he is going to do an echo or a mammogram… That process is the worst because it is the one that causes the most stress, the one that causes the most feelings of sadness, fear, not knowing which hole you’re going to fall into“.

Cancer with name and surname

“Once the professional tells you: ‘You have breast cancer’, the desire that every human being has to live gives you the strength to say: well, now what do I have to do? What treatments are they going to give me? Are they going to operate on me? Are they going to give me chemo? Will my hair fall out? There are other concerns.” Or so it happened to her: “When I got over that exaggerated or necessary crying, I told her: ‘come on, I want data, I want to know if it has a good prognosis, if we have caught it in time, if you are going to operate on me”, he recalls.

It was his oncologist who told him what type he had. “Because you have to remember that breast cancer has a name and surname and not all are the same“, he emphasizes. His, which “did not exist in the cataloging at the time”, was what is now called a luminal A, a very early intraductal hormonal tumor with positive hormone receptors. “He informed me 100% of which one was mine , my prognosis, what stage I was in. Being so young I told him that if it was feasible I wanted conserve the breast, and so it was, although then it was almost always removed”, he thanks.

To treat it, he received neoadjuvant chemotherapy, first with three cycles, with “the great luck that it worked very well and with the first cycle the tumor had already disappeared”; then they operated on her, gave her another three cycles, 34 sessions of radiotherapy and 5 years of hormonal therapy.

“Right now -he continues- I am without any type of treatment, I continue with my annual check-ups in oncology and gynecology, which by the way I passed yesterday and everything is fine”.

Read:  Why Health has withdrawn a batch of the cholesterol drug Simvastatin Cinfa

Time has taught her to go to check-ups more calmly: “It always heals wounds, although you never forget that it can appear at any time. In fact, I do not say that I am cured. Let’s say that the disease is not active but cured? I don’t feel healed. Ill? Either“. “I feel that I have been diagnosed with breast cancer and that my body is allowing me to live very well at the moment, but that does not mean that one day I will say: this is as far as you have come”. There are always side effects, in his case joint pain , bone, memory loss or cramps in limbs.

María Luisa is today “in a slump” because, although the prognosis for this cancer is very good and the survival rate exceeds 90% to 5 years, he has lost two companions in a week.

He wants to take advantage of the interview to encourage all the people who are in this situation to go to the nearest patient association, also to those mens -who suffer from this type of tumor although with an incidence of less than 1%-, which seems to “cost more”.

“Please, go to an association, the closest you have. You are going to experience the disease in a different way. Nobody is going to take away your pain, but you are going to be accompanied“by other people who know what it is.

The president of Rosae regrets that the covid has “completely charged the humanization of the health system”. “The pandemic is already controlled and the rest of the pathologies, in this case breast cancer, but we want our sanitary space already. It is very urgent to restore normalcy in primary and hospital care.”

There is only one day in which the patient knows the diagnosis. “I only received the news on November 29, 2001 at one in the afternoon. That is never forgotten,” he says.

Although from that moment her life changed completely, for her it was for the better: “I have given importance to what really has it. My mind I was on other personal and professional issues that are not the important ones and maybe it made me focus”. “And I’m not the only one. Breast cancer comes to us at a time when we have to stop and reconfigure our mind and body and prepare ourselves to continue living in a way that, in many cases, is much better, “he concludes.