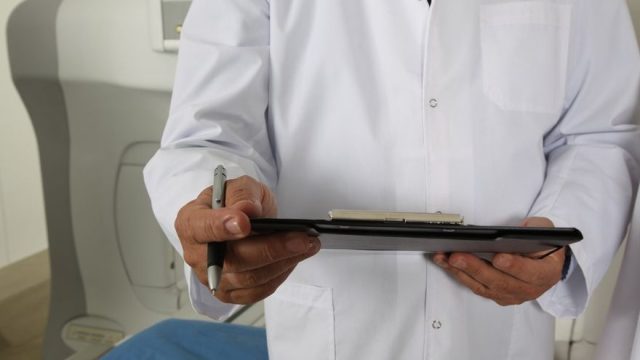 A international team of scientists has shown that in hippocampus of brain human there is mother cells that allow to generate neurons throughout life through a process called adult neurogenesis, something that was known about the brain of some animals such as rodents, but had never been shown in adult humans. The investigation has been led Maria Llorens-Martin, a researcher at the Severo Ochoa Molecular Biology Center (CBMSO), a joint center of the CSIC and the Autonomous University of Madrid, and has been published this Friday in the journal ‘Science’.

In addition, the work has revealed that the neurodegenerative diseases specifically attack these hippocampal stem cells, preventing the regeneration of new neurons healthy.

These findings “could be useful in developing therapeutic strategies for prevent or slow down some of the symptoms that accompany these diseases”, Llorens-Martín highlighted at a press conference in which he presented the results of the important study.

The research was done with 48 brain samples provided by the Brain Bank of the CIEN Foundation: 15 belonged to neurologically healthy people (called the control group) and 33 to others with different ailments such as amyotrophic lateral sclerosis (ALS), Huntington’s disease, Parkinson’s, dementia with Lewy bodies, and frontotemporal dementia. The samples came from subjects between 43 and 89 years of age; 16 women and 32 men.

Neurogenesis in the brain up to 90 years

In all of them there were stem cells (even in patients with some of these neurodegenerative diseases the levels of stem cells were increased), “which confirms that the process of adult neurogenesis continues in the human brain, at least until the age of 90″, stresses the researcher.

Neurogenesis is a key process for the generation, acquisition and storage of new memories in the brain. It is a very complex process that occurs in different stages in which the stem cells divide and create “daughters” that actively proliferate and they mature into a healthy neuron.

Throughout the process, neurons called ‘immature’ go through different stages of maturation. Their existence was known but until now scientists had not been able to identify the source, the origin, of these new neurons. The second finding of the study refers to the hippocampal neurogenic niche, the area that “creates the ideal environment for new neurons to mature and survive, and which is made up of glial cells and blood vessels,” explained the researcher.

The third finding of the study is related to the effect that some neurodegenerative diseases have on the process of adult neurogenesis in humans. Previous research by this group had shown that Alzheimer’s patients had fewer immature neurons, “something expected given that the hippocampus was one of the main areas affected by this disease”.

With the sample of 33 patients with different diseases, the group revealed, for the first time, that the process of neurogenesis is “severely damaged” in patients with diseases that, in principle, do not directly damage the hippocampus. “In fact, we have found that each of these diseases leaves a specific cellular signature in the process of adult neurogenesis, which means that there are cell populations that are more susceptible to the damage caused by some pathologies than others,” he details.

The study has shown that in patients with ALS, Parkinson’s or Huntington’s there is an increased number of immature neurons and stem cells, “but that does not mean that there is a higher rate of neurogenesis. The study, in fact, reveals that in these patients there is more cell death and less stem cell activity,” he clarifies.

“It is as if the process -of neuron generation- wants to start but in the end it fails and the new neurons do not acquire a correct maturation like the one that occurs in the control subjects,” he says.

Discovering the great vulnerability of the hippocampus to neurodegenerative diseases may be very useful for developing therapeutic strategies to prevent or slow down some of the symptoms that accompany these diseases, he concludes.