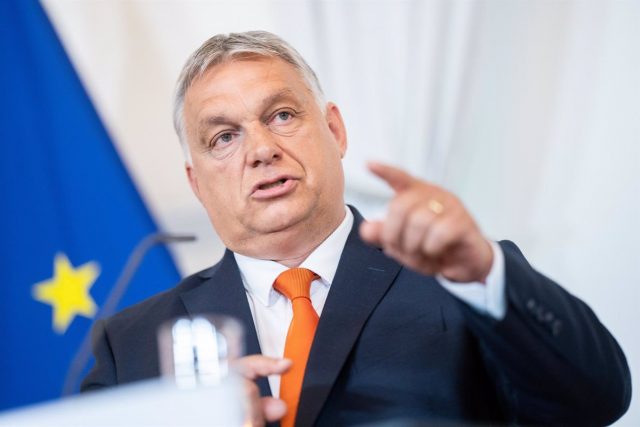 Hungarian Prime Minister Viktor Orbán has called on the European Union to lift sanctions against Russia before the end of the year, as he believes they are having unwanted side effects for the Hungarian population.

“The sanctions are causing economic problems, an energy crisis and inflation,” Orbán said Wednesday at a meeting with members of his party, Fidesz, according to the pro-government ‘Magyar Nemzet newspaper.

The Hungarian leader has blamed the sanctions on “Brussels bureaucrats”, who “promised” that the punishments would only harm Moscow. However, in his opinion, “they cause more damage to Europe than to Russia”.

Orbán made this pronouncement on the same day that Russian President Vladimir Putin, whose ally he has been in recent years, announced the call-up of 300,000 reservists and threatened to use nuclear weapons.

In addition, the foreign ministers of the Twenty-seven have agreed in the early hours of Thursday morning to impose new sanctions against Russia following the new escalation of tensions. These additional punishments will affect Russian economic sectors such as technology and the European ‘blacklist’ of people whose assets are frozen in the EU and who are banned from entering will be expanded.

The Hungarian position has delayed or blocked the imposition of sanctions during these last months, so that Budapest got, for example, a particular exemption in the embargo imposed on Russian oil. Decisions within the EU require unanimity, so Hungary’s endorsement is indispensable.