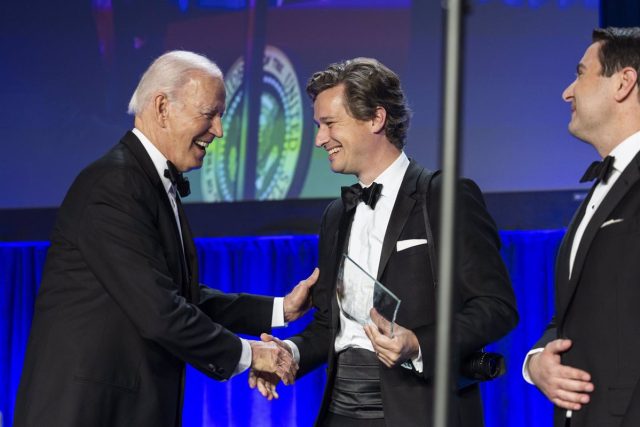 The President of the United States, Joe Biden, attended the White House Correspondents Association Dinner this Saturday for the first time at the head of the Administration after a two-year pause induced by the pandemic.

“We are here to show the country that we are overcoming this pandemic,” Biden said in front of a crowd of some 2,600 people at the Washington Hilton this Saturday night, as reported by the Bloomberg news agency.

Biden has also noted in his speech that he is the first president to appear in six years, as his predecessor, Donald Trump, refused to attend. “We had a horrible plague, and two years of COVID-19,” the US president joked, as reported by the newspaper ‘The Washington Post’.

The White House Correspondents Association, which organizes the annual etiquette event attended by members of Congress, business executives and celebrities, has honored journalists for their contributions to the profession. The program of the event has been headed by the presenter of Daily Show, Trevor Noah.