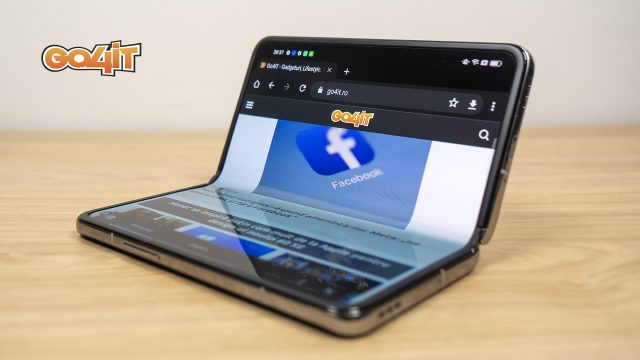 Samsung currently has little competition in the foldable market, but the South Korean company sells the bulk of the units worldwide. That’s primarily because it’s one of the few companies shipping such phones worldwide, with most competitors preferring to stick to the Chinese market to begin with. But it seems that one of the rivals that would have a chance to compete with Samsung, Oppo, is preparing to launch such devices worldwide, alongside its secondary brand, OnePlus.

Oppo is rumoured to be preparing to launch two foldable screen smartphones internationally. The company has already launched the Find N in China, a device we had a chance to test locally. It offered some advantages over Samsung’s Fold model, such as small size and an almost invisible “notch”, but the Chinese software is not well optimised for use in Europe.

Read:  When HBO Max launches in Romania. Price and details on what happens to HBO Go subscribers

But it looks like we might see a new version of the Find N in Europe in the near future, as the Find N Fold, alongside a model that could compete with the Galaxy Z Flip4: the Oppo Find N Flip. So the Chinese manufacturer could have products available that compete directly with Samsung’s offering. The information about the two devices comes from the EU Intellectual Property Office itself, which has listed Oppo’s two registered names in its database. Current information suggests that Oppo might be using the same high-end hardware that Samsung uses, with the Snapdragon 8+ Gen 1 chipset. Most likely though, the foldable screens will also be produced by Samsung, so they could offer comparable capabilities in use.

Read:  Intel Arc A770 has a release date. Promises higher performance than RTX 3060 at the same price

In addition to Oppo, the OnePlus brand is also hinting at developing a foldable smartphone in the near future, with Pete Lau, CEO and co-founder of OnePlus, posting images of what appears to be a foldable smartphone hinge. So, after the debut of Oppo models in Europe, a foldable OnePlus model probably won’t be long in coming. Most likely, OnePlus will adopt a design similar to the already released Find N.

What do you think this is? 😉 pic.twitter.com/vrT2pzQ7jX