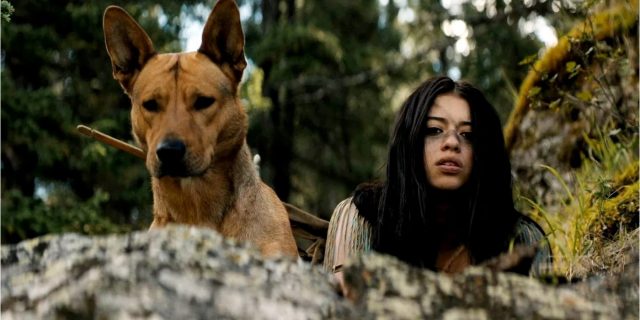 The canine star of Prey has been dedicated a touching Facebook post. The message came from the animal shelter where she officially lived before starring in the film.

Prey is the latest entry in the Predator franchise and runs on Hulu as of August 5, 2022.

While Amber Midthunder and director Dan Trachtenberg have been widely praised, however, the most important star of Prey seems to be Sarii, the character Naru’s dog.

Sarii is played by a dog named Coco, and his role wasn’t meant to get this big (not initially, anyway), but the director said he wanted to test the waters and see the audience’s reaction. The experiment seems to have worked, since Coco the dog has become as popular online as Midthunder and Predator.

Coco (Sarii, from Prey), living proof that any puppy can be a star, if loved

In Coco’s honor, Fulton County Animal Services wrote a touching message on Facebook. The post points out that Coco has no film training and was a “resident” of the shelter in the past, only to be adopted by a family specifically to star in the new Predator series movie. Even though she wasn’t trained, she won the hearts of the cast, and the audience, no doubt.

Prey is one of many films that have recently used shelter animals instead of specially trained dogs. Details of Coco’s life before she was adopted for Prey remain unknown, but that doesn’t matter since the pup is doing so well now.

Read:  A new European Commission project: how the car and insurance industries are affected

After the success of Prey on Hulu, it’s likely we’ll soon witness a sequel. Clearly, Coco will have to return in an eventual sequel as well, lest she disappoint her fans.

If you liked the Sarii in Prey, perhaps now you have a better understanding of why a common breed dog from a shelter can provide as much love and fulfillment as any other, more expensive and trained, puppy.